What that mean is that we better had to be smart if we really wanted to use full motion video! 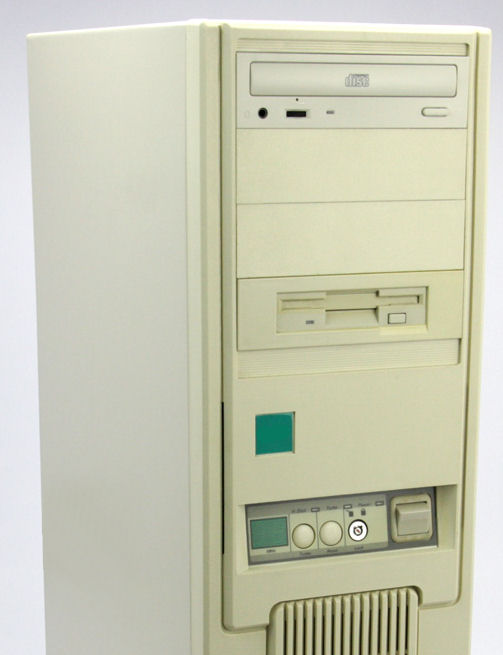 Beige tower
At the core of Time Commando is the technical choice of using pre-rendered CGI backgrounds instead of real time, which made sense in 1995 because hardware was simply not able to display realistic graphics in real time2.

This is basically the same type of technology as found in games such as Megarace or Myst, but it's not without drawbacks:

After some brainstorming3 it was decided to develop our own video encoding method, and to use it on both the PC and PSX version4

Stanley falling through time
A bit more research and prototyping and we ended up with a set of guidelines for the designers and artists, which during that time were busy discussing time periods, researched historical elements, outfits, locations, etc...

Among the defined constraints were things like the number of polygons allowed for the objects, how many of them could be on screen at the same time, size and number of textures, audio budget, etc...

With all that defined, time to see how it all worked together!

As often, the level design starts with pen and paper5, where characters and locations are drawn. 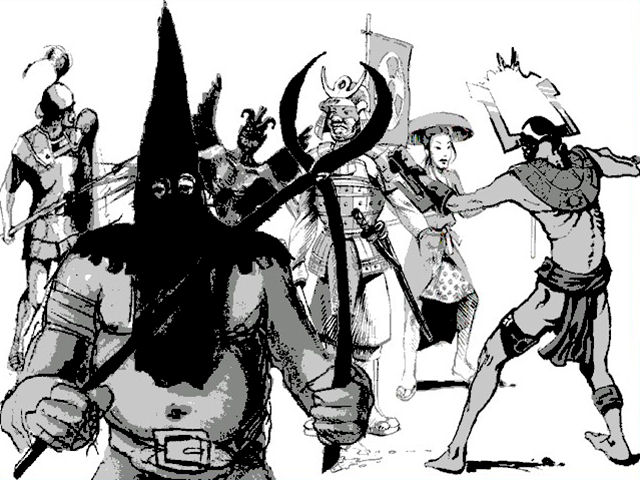 Character design sketches
These will be used later by the character and location artists, and used as a reference to keep some form of coherence around the whole game. 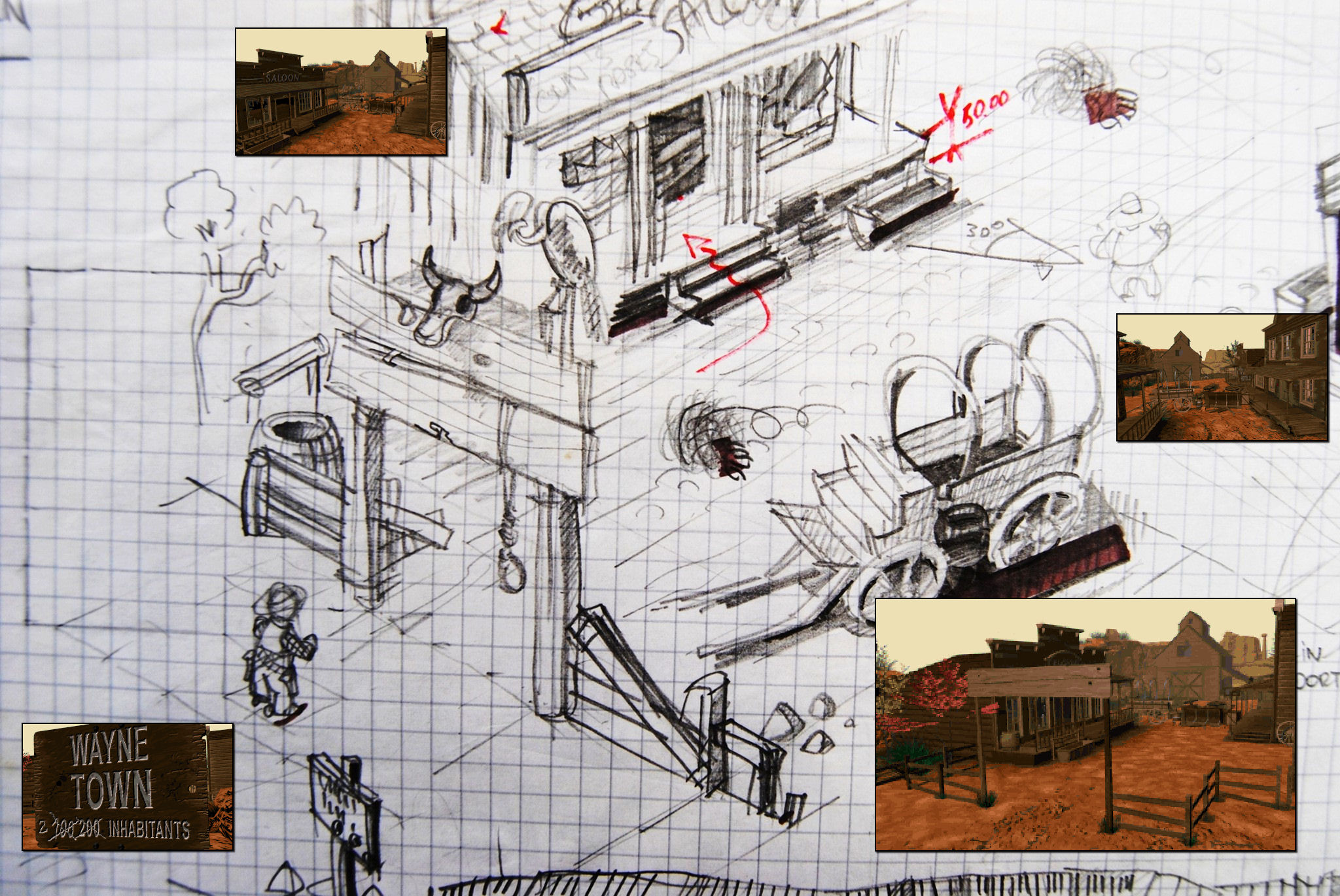 Wayne Town sketch, with overlaid game images
The next stage is to use graph paper6 to draw what the level is going to be, with proper distances, and locations of interest.

Paper version of the first level
After that, time to go digital!

From paper to electrons

TCED7, our level editor, had a feature where you could design the play area as a simple 2D view seen from the top.

TCED
The designers used that to create the blueprints of the level, and placed the various points of interest, what happened, the list of characters present in the scene, location bonuses, etc... 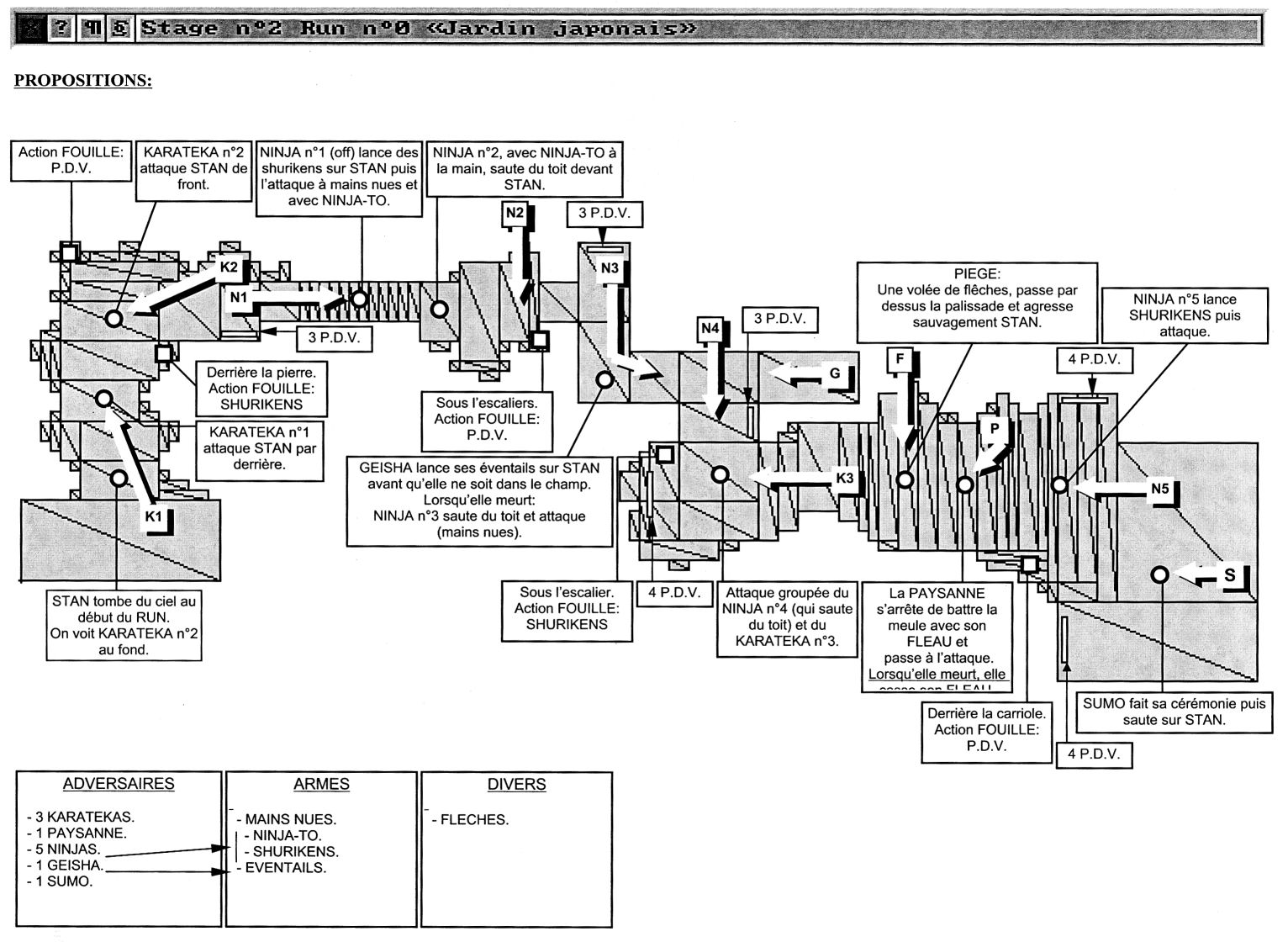 Level Design: Japanese Garden
After approval, these blueprints would then be exported into a format 3D Studio8 could load.

The world designers had to use this blueprint data as a base to construct the entire level around: They were free to use whatever materials, lights, textures, etc... they wanted, including defining the camera movement along the sequence, as long as the path created by designers would not be impacted negatively. 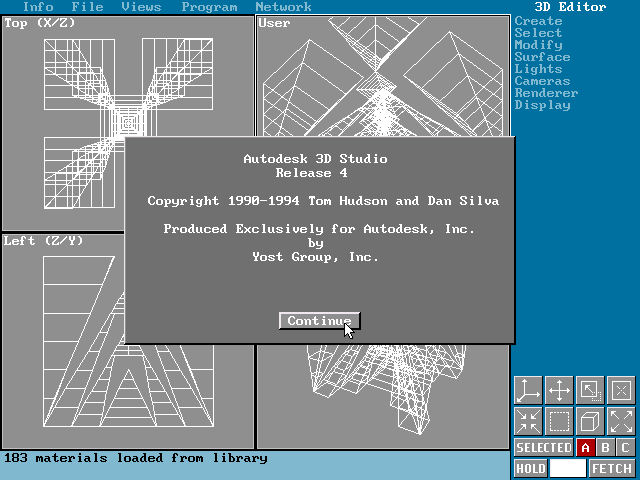 Autodesk 3D Studio R4
If issues emerged, the designers and artists had to work together to resolve them. They would modify the blueprints and iterate until everybody was satisfied.

At that point, the machines would be busy rendering the sequences of images, which back in the days would take a significant amount of time9! 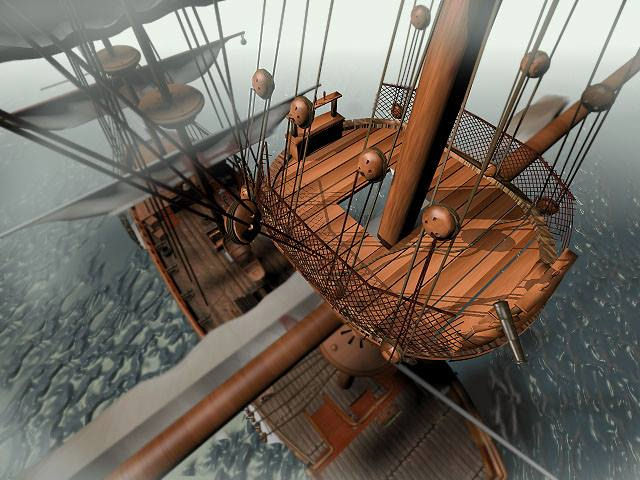 Sailship level: The Crow's Nest
These individualy rendered frames, as well as the camera information (position of the camera, target, roll and focal) were then loaded by TCED to provide the level designers with actual visuals to help with positionning characters and other interactive elements. 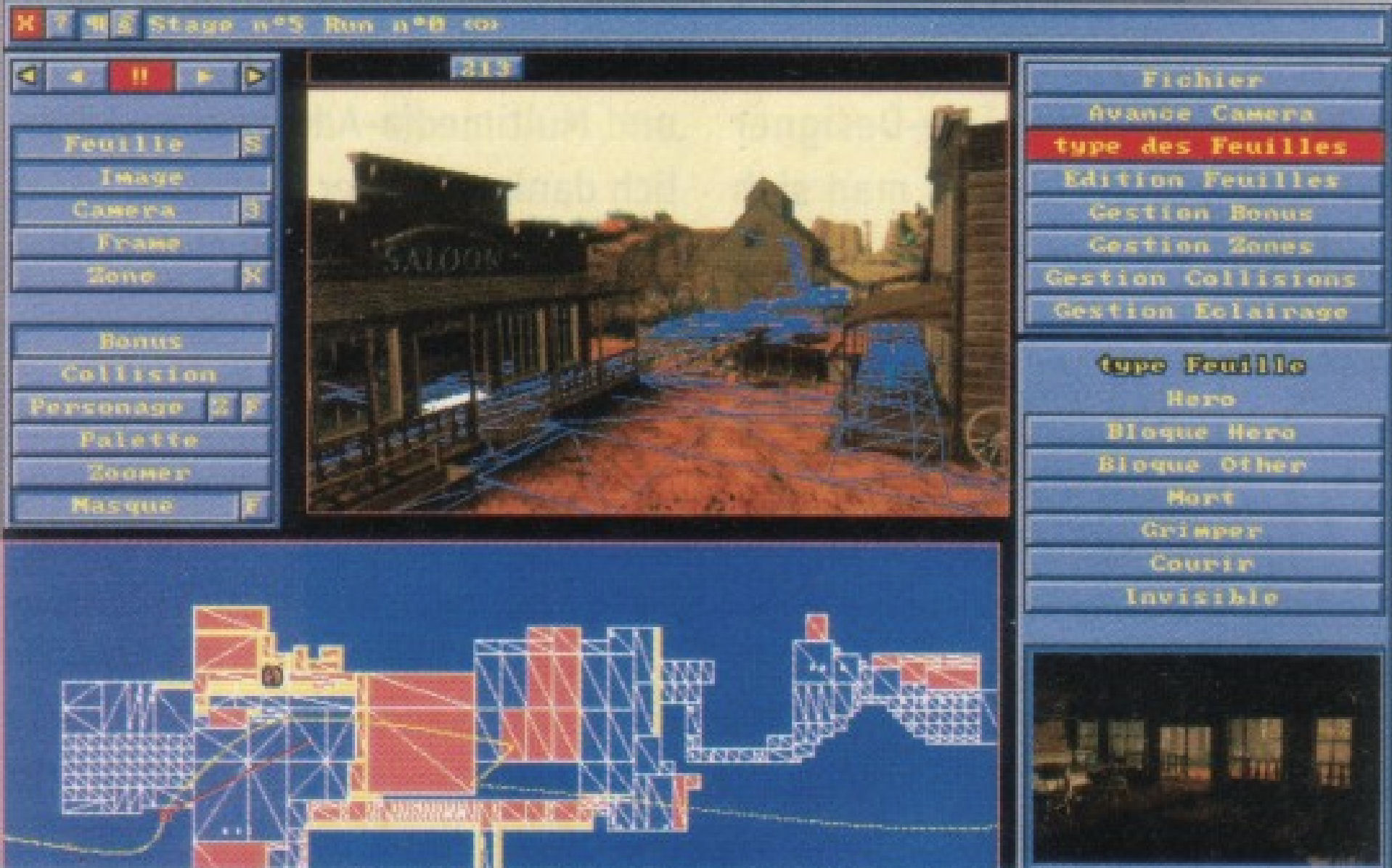 The cowboy level in TCED

Hopefully I will manage to get TCED to work again with all the background picture loading, but in the mean time all you will have is this old screenshot scanned from an old magazine10.

I have more articles in the pipeline, but some are very technical and are taking way longer than I expected!

1. At 50fps, this would be a mere 6 kilobytes of data per frame↩
2. Which is also the choice made for Alone in the Dark↩
3. Including a proper evaluation of the existing solutions - we were not impressed!↩
4. The PSX has a built-in video decompression chipset, MDEC, but unfortunately it only works in 16bit color mode so was not suited for use with real time graphics at the same time.↩
5. These days the paper is often digital, but that's conceptually the same mental process.↩
6. Paper with a pre-printed grid with a 5mm spacing↩
7. Time Commando EDitor↩
8. Autodesk 3D Studio R4, the versions that predate "Max"↩
9. One of the artists cheated by basically using holliwood's ghost town method, by just modeling the front of the buildings... which did speed-up things, but made it impossible to change the camera later on...↩
10. Courtesy of "Thor", from a comment on youtube↩