Fixing the SHV33 back cover
Sat 31st August 2019
Import itUse itFix itClean itGlue itPress itEnjoy it
When my Nokia 700 became unusable1 as a daily phone, I searched for an equivalent high-end compact mobile.

Unfortunately, all I could find (under 5" size) on the European market was either the iPhone SE, or ultra low spec mobiles running obsolete versions of Android.

Then I took a look at the Asian market and saw that they had plenty of mobiles that would match my requirement, except of course they were not available on the European market, which mean I had to import one.

There are many gotchas in regard to importing electronic devices that are not sold in your country, including but not limited to:
The last point is actually a bonus. I think. 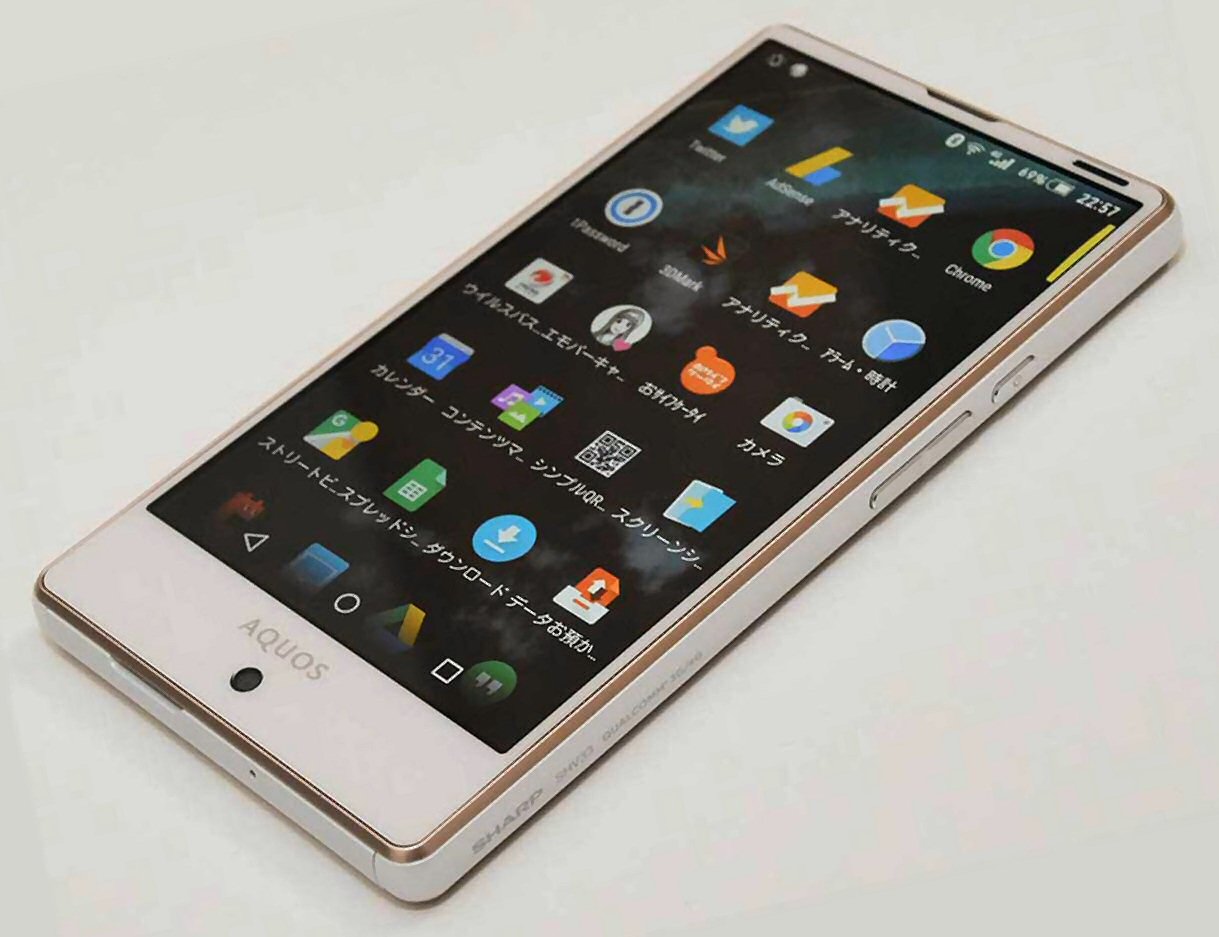 Hmm, not sure about that icon there?
If you decide to go for it, you can then either buy a new one or a second hand one.

I decided to go for a second hand model, for two major reasons: Contrarily to most westerners, people in Asia seem to deal with their stuff with the utmost care... and the who I bought on eBay was basically half the price compared to a brand new one, and it was only six months old2.

So anyway, I saw a nice one an eBay, I won the auction and for $2003 I got myself a brand new looking Sharp Aquos SHV33.

It took a bit of time to get up and running, mostly because the default applications - AU4 branded - were all in Japanese, and things like the dialer would assume that local calls are made from Japan, forcing me to use the international country code prefix on all the phone calls.

Most of the issues have been fixed by installing replacement applications to take care of most of the work, but if you look at the list of installed applications, you can still see the irremovable ones with Japanese characters names :) 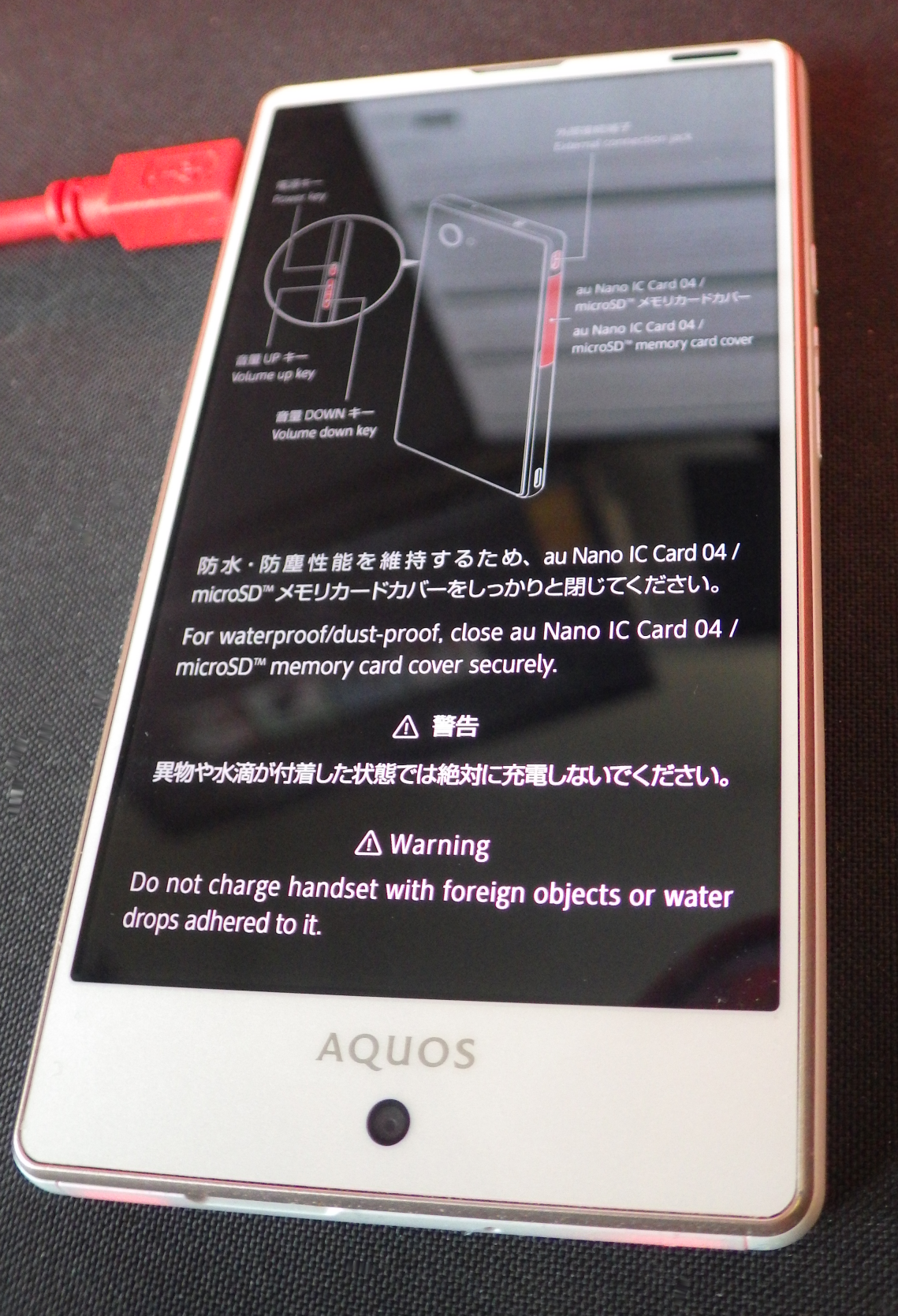 Sharp's Boot warning screen
These small issues apart, I'm still very happy with the mobile, except the problem with the back cover.

When I received the mobile, it looked like brand new (except a tiny minor scratch, barely visible at the bottom).

Annoyingly, a few months later one side of the back cover started to bulge, up to the point where we started to see under the cover, which means dust and crap could go inside and cover the camera lens. 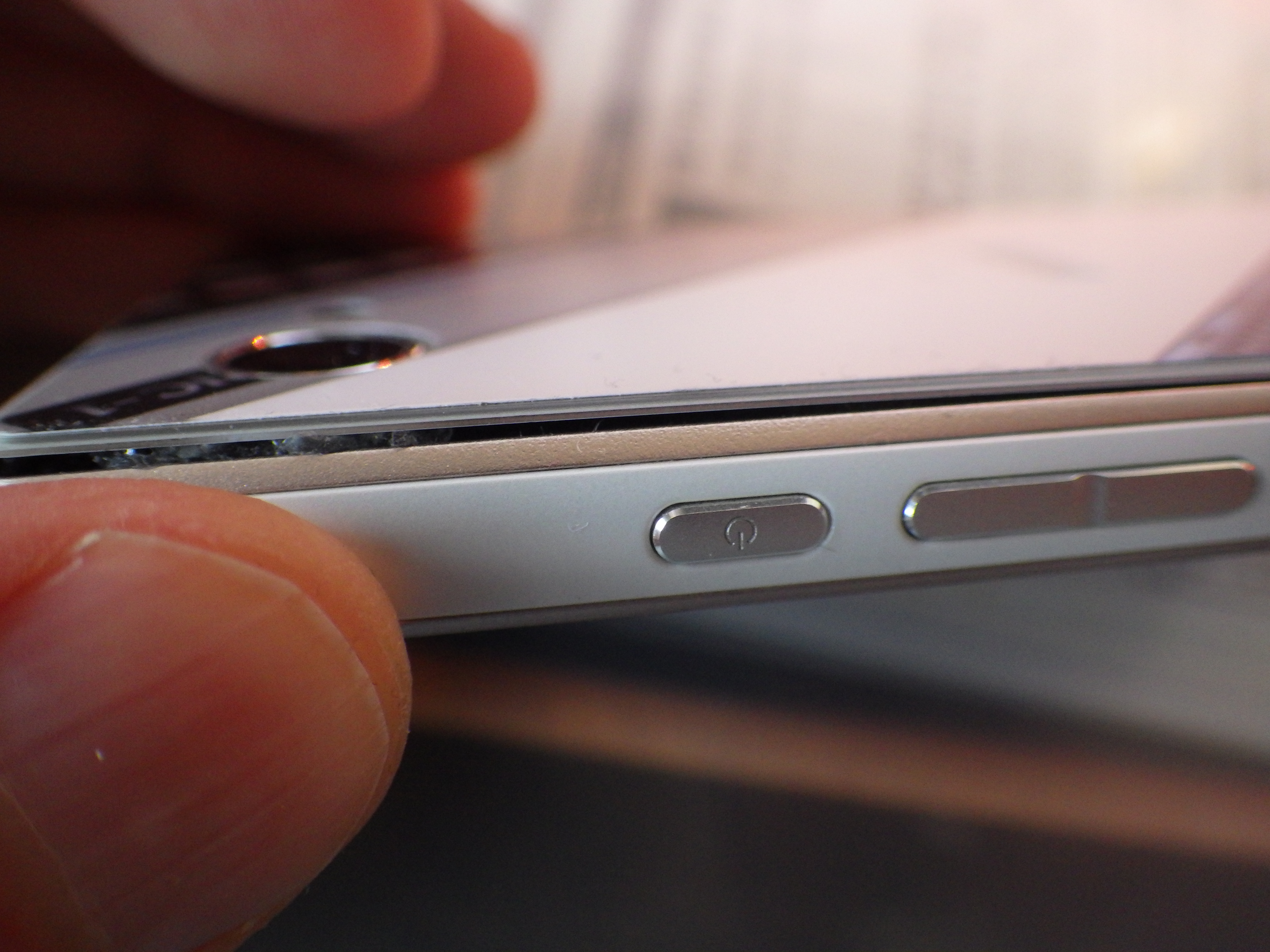 Back cover separating
Time to fix that!

To do this type of work, I highly recommend you to use one of these repair kits containing tools that can be used to separate glasses and plates without breaking them.

I got mine from a cheap online shop, and it basically has tools that are made of plastic and thin enough to slide under the plate and by moving it around it cuts the remnants of glue.

Then you can pry it open, evaluate the damage, and in my case all there was to do was to remove the glue, make sure it got clean, put back some adhesive and then close it again.

So, after opening the device, it's what you get:

Back cover removed
The old adhesive strip is impossible to recover and looks like that: 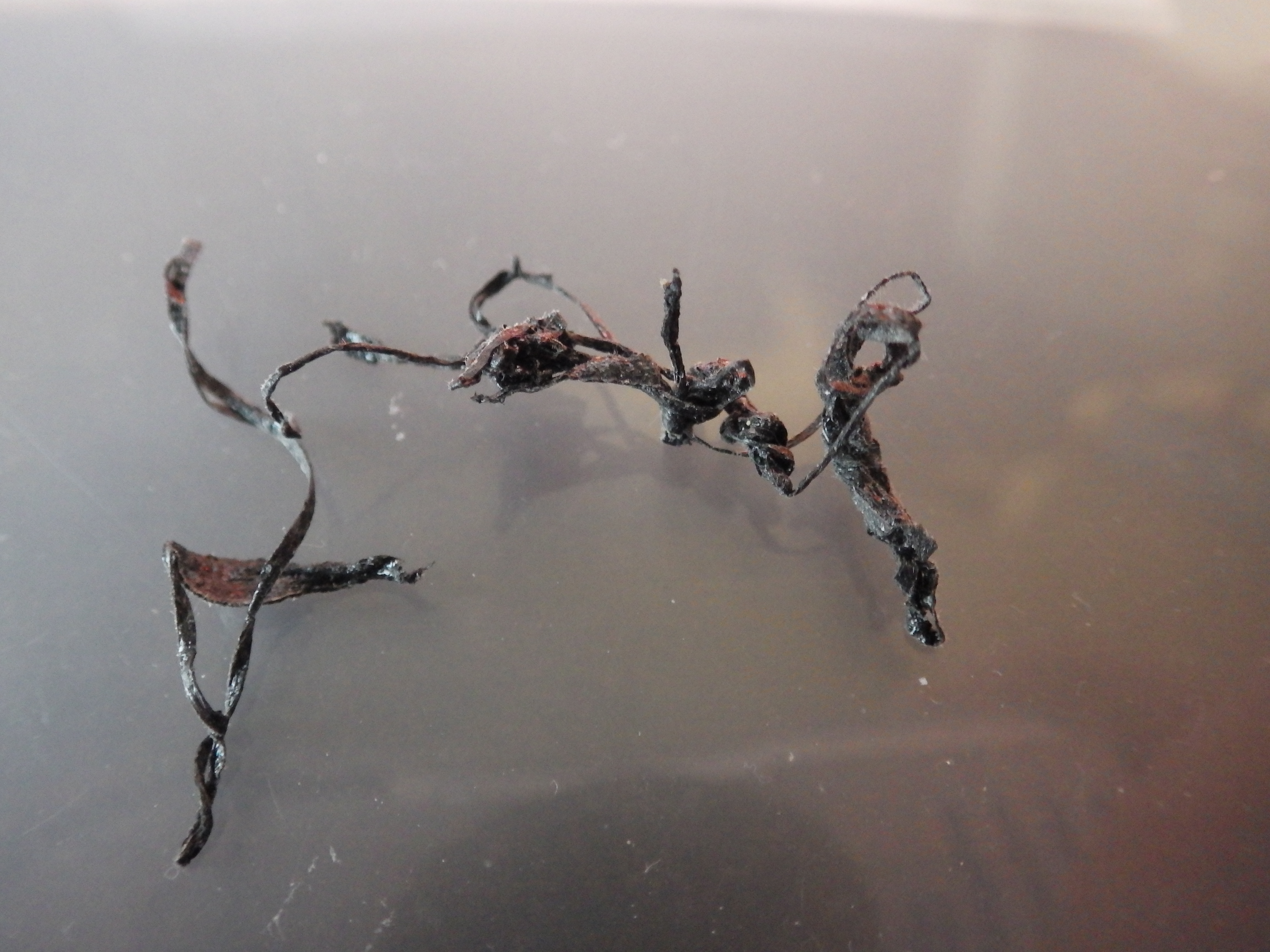 The important part is going to correctly clean up the place where the adhesive was installed, else the new one will also fail in the same way, so what you want is to go from this state: 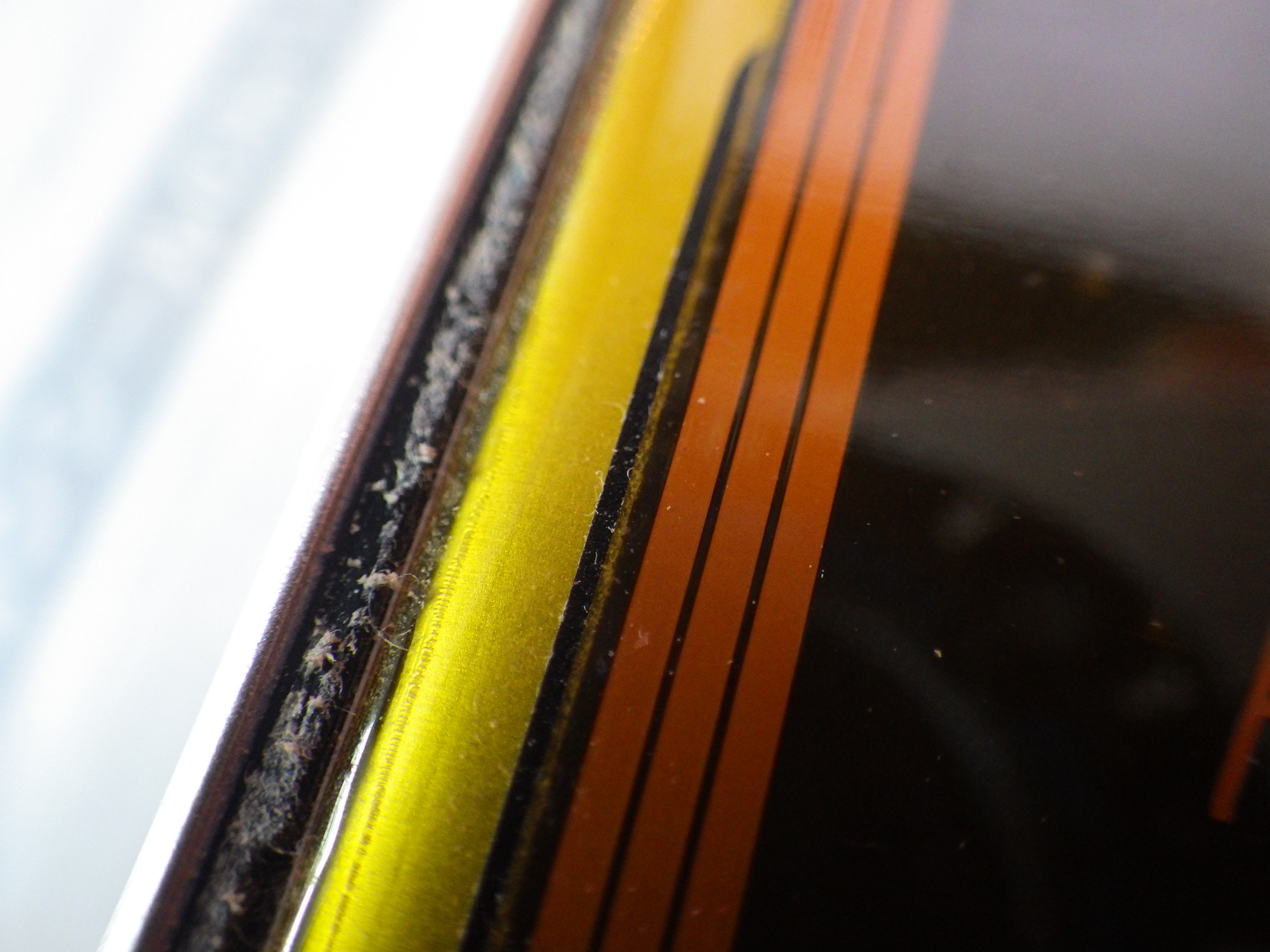 Dirty ridges
to that one: 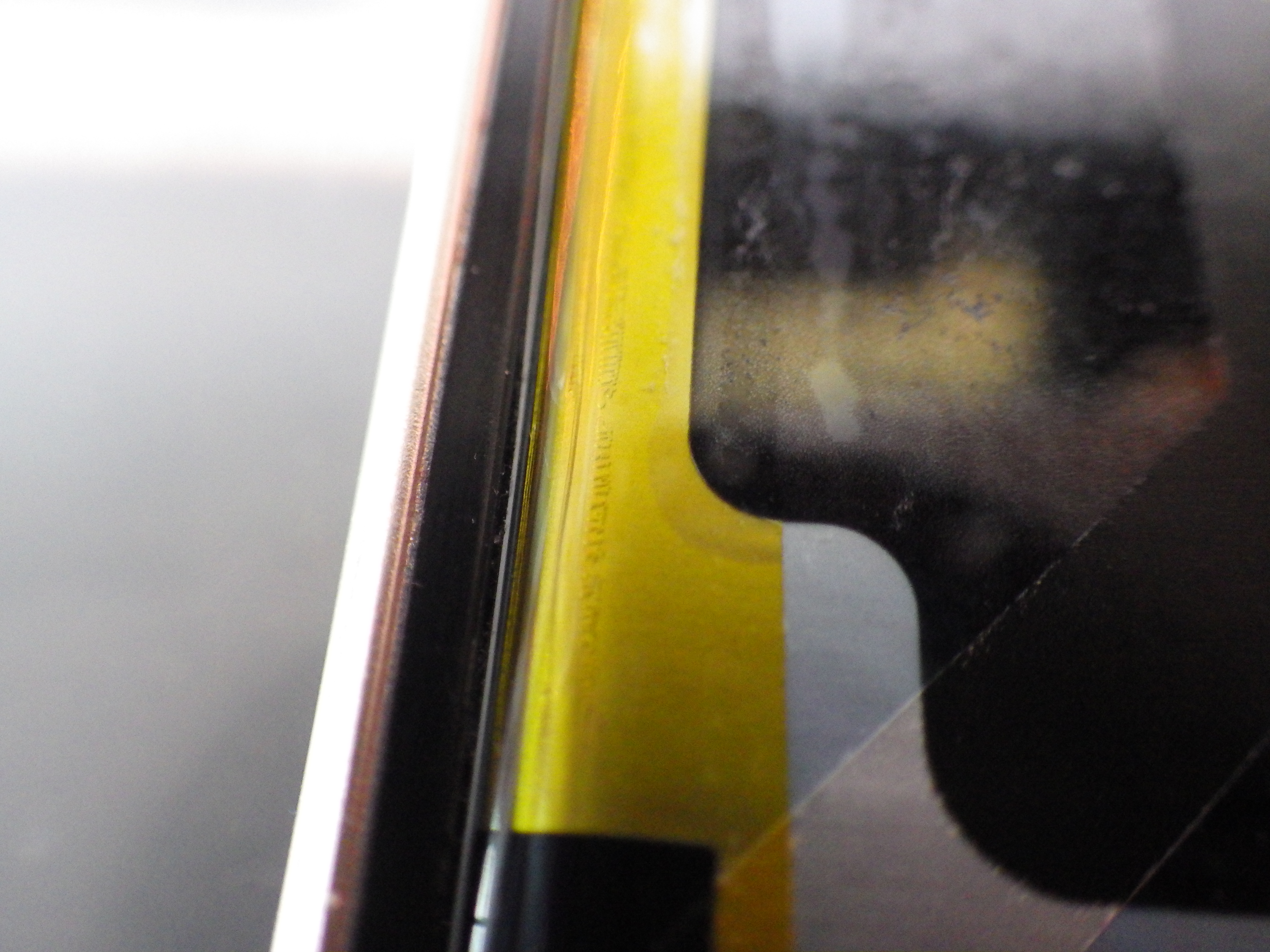 Clean ridges
and the simplest way I found to do that, is to use some cotton swabs5 dipped in some solvent product (I used my can of label remover) which will remove the remnants of glue, and then dry it thoroughly to remove the solvent else the next strip of adhesive will not work :D 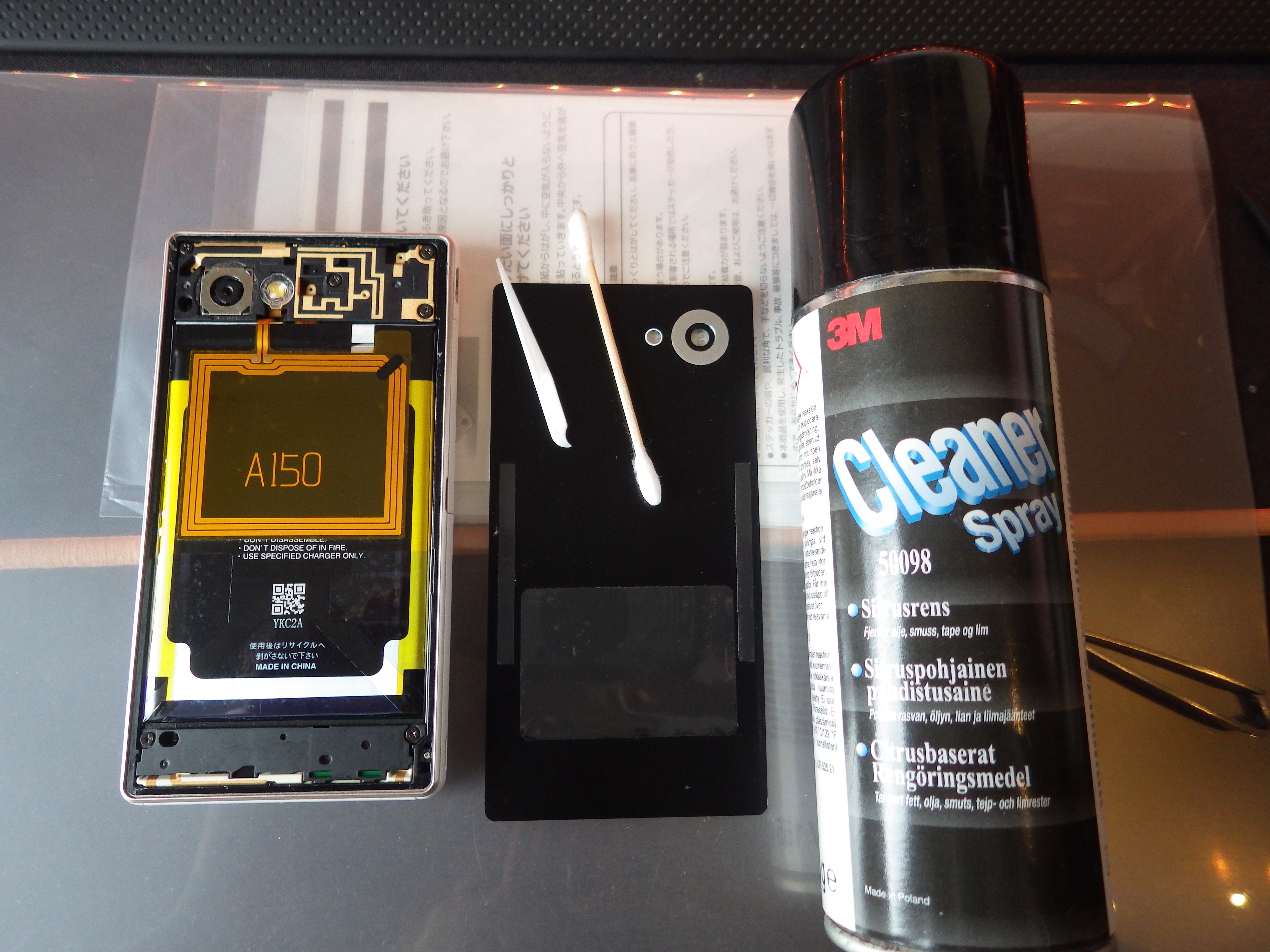 You can probably find the right type of adhesive in phone repair shops. I found mine at the local Kjell6 shop, too bad they only sold 25 meter longs rolls considering all I needed was about 30 cm :p 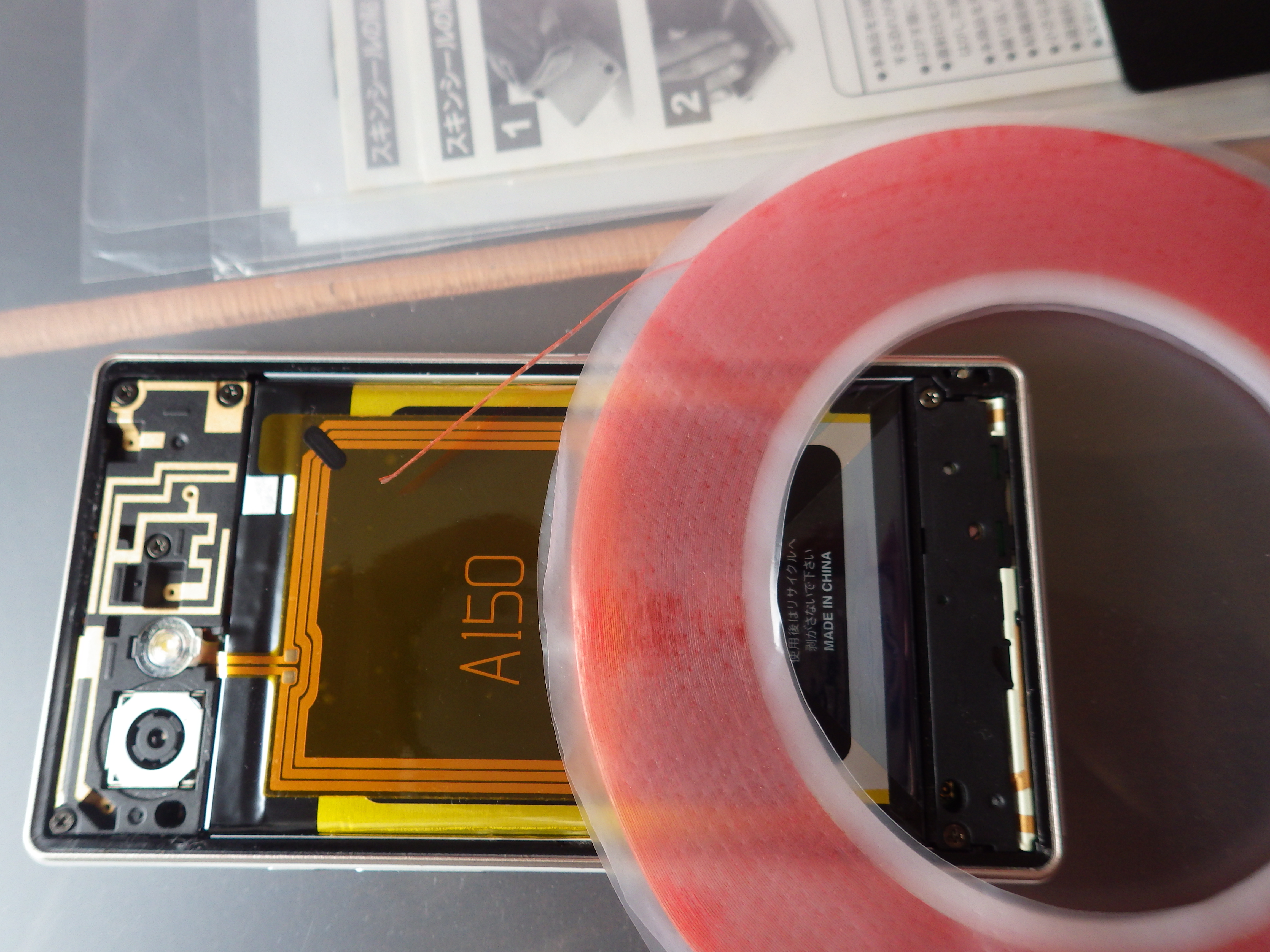 2mm ultra-thin double sided adhesive
All there is to do is to put strips of adhesive along each of the sides. 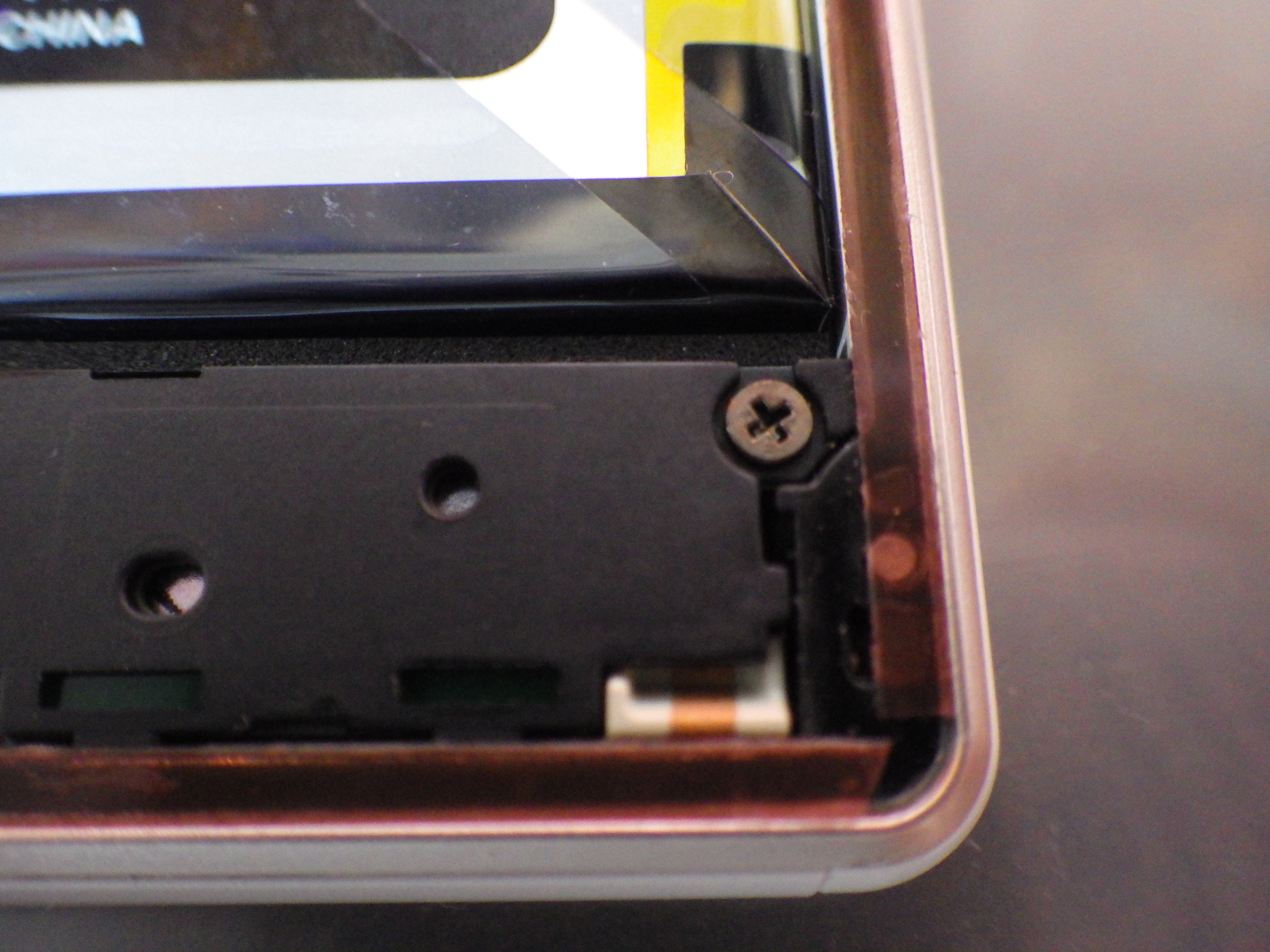 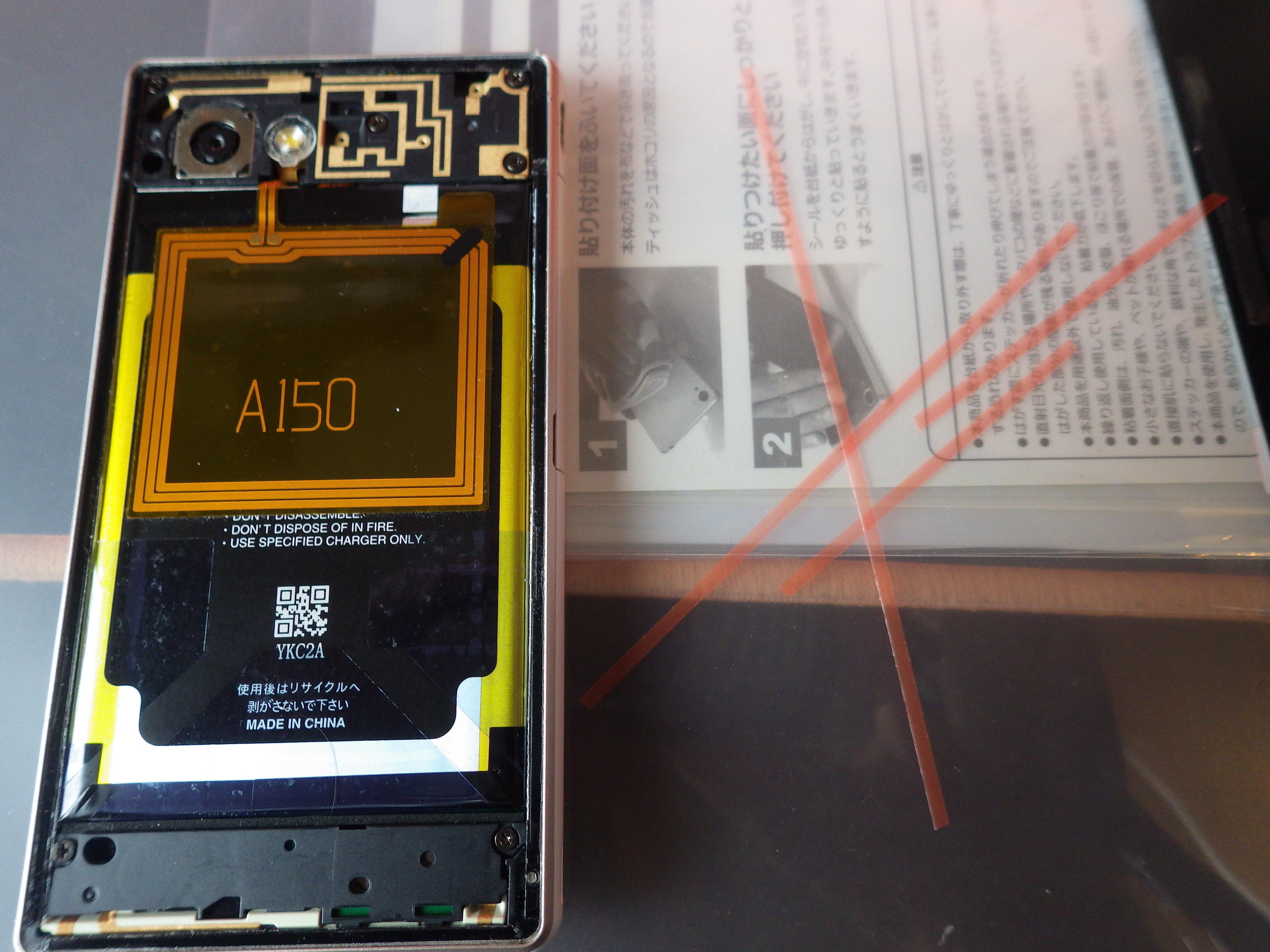 And finally put back the cover, making sure you press down and have something (relatively) heavy on top 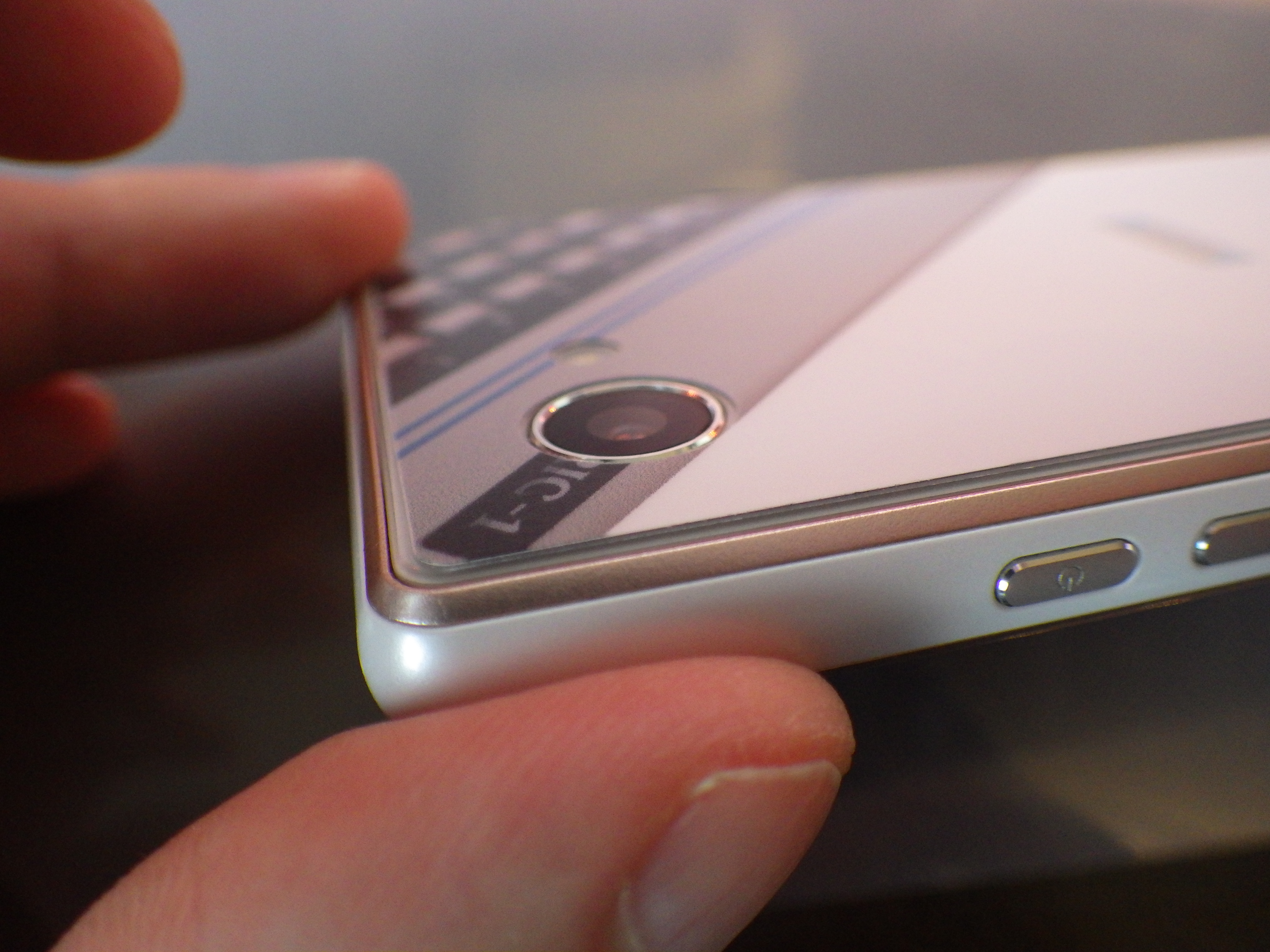 So there you go, not difficult to do, and as always, very satisfying when you manage to fix something all by yourself.

I leave you with the words of the famous technological philosophers Daft Punk.

1. The hardware is as good as it ever was, but a combination of obsolete browsers and invalid root certificates and support websites made it very very difficult to access anything, the final straw was the end of support for Whatsapp↩
2. Which probably means the battery is still good↩
3. Yes that seems expensive now, but when I bought it the other mobiles on the market were much more expensive↩
4. https://en.wikipedia.org/wiki/Au_(mobile_phone_company)↩
5. You may know them as Q-Tips↩
6. https://www.kjell.com/no/produkter/hjem-kontor-fritid/kontorstilbehor/teip/monteringsteip-25-m-p40323↩