Not an artist
Sat 24th March 2018
CarsThe art of warMachinesStill LifeScenesMiscThe rest
We live in a world where the common practice is to put people in neatly defined categories, like "artist", "train driver", "programmer", "race driver", etc...

In reality, if you examine any random person, you will find out that they are much more than that.

In my case, I'm a programmer, but I also dabbled in the art department (as well as many other things).

As it happens, when doing some cleaning in archive papers my mother found some old drawings of mine.

Here are they, don't expect any miracles, it's just for the sake of archiving and sharing!

I'm going to start by cars, because apparently it's one of the first things I've been drawing, and it's always good to put the ugly things out of the way first! 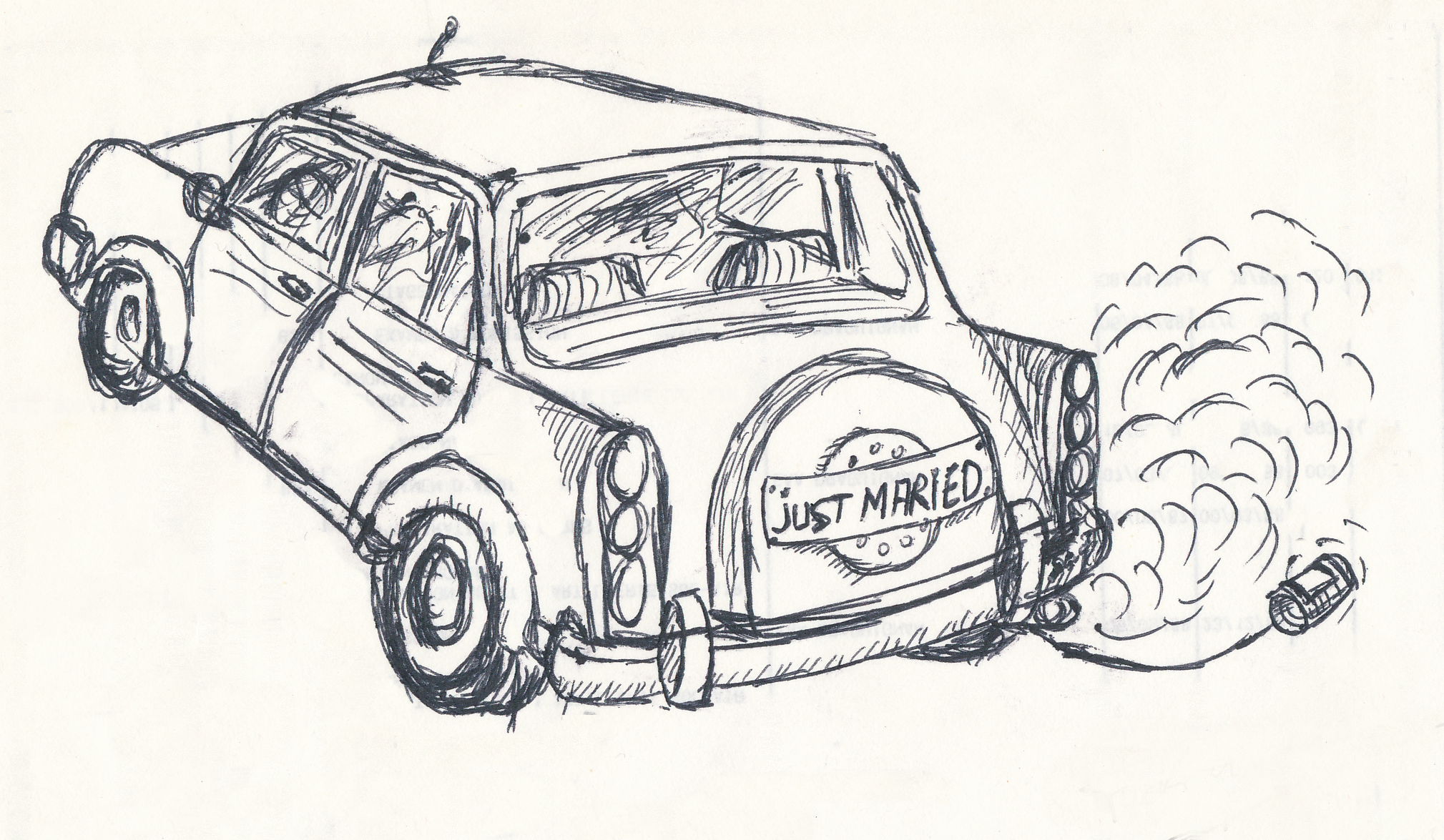 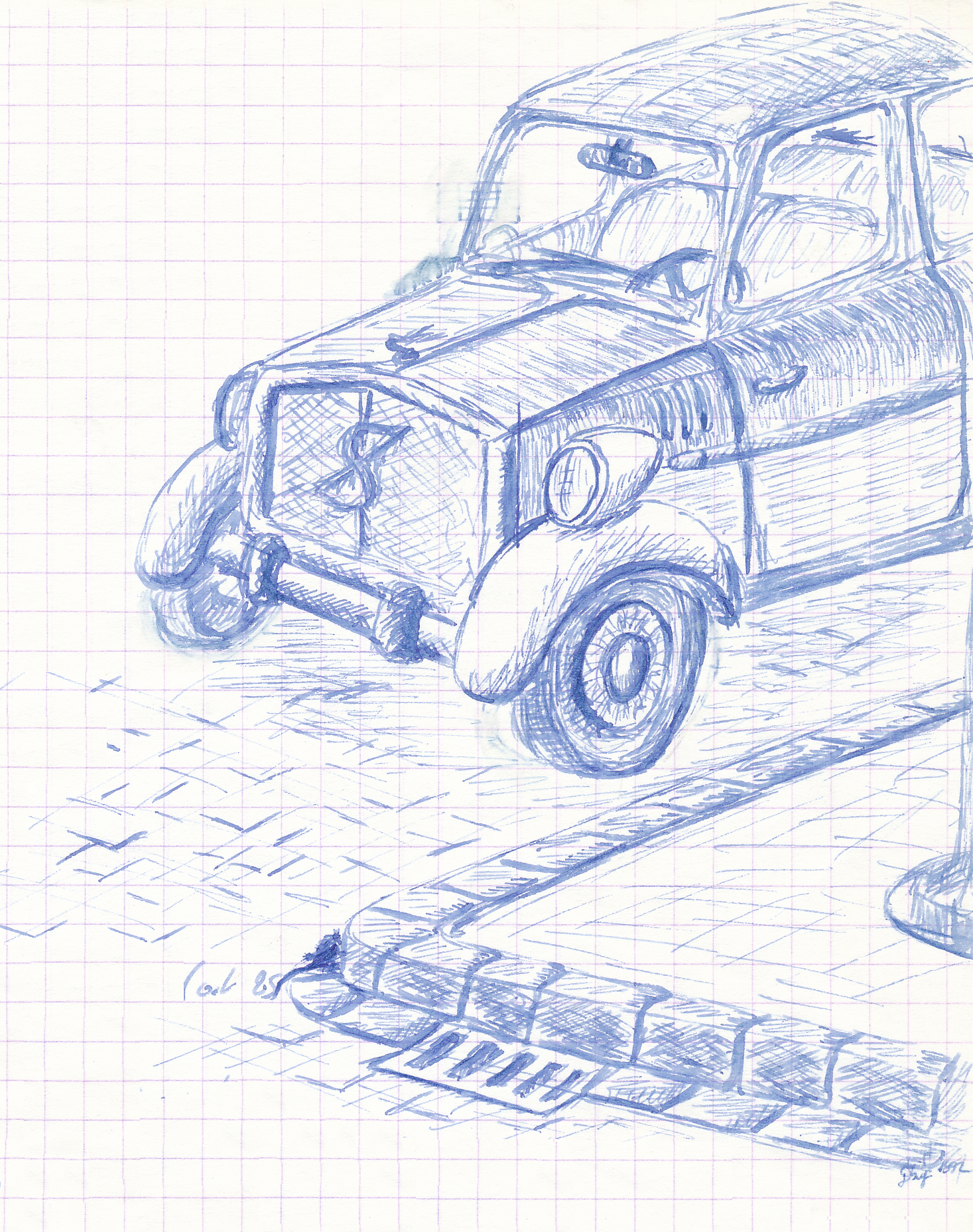 Around the corner
I had to do some tinkering on the pictures, because the paper was very yellow in some places, on many it was possible to see the outlines of what was on the other side, some pictures were drawn on recycled paper or computer printouts, ... a real mess!

The art of war

Probably because I did play many games, including board and role playing, I ended up having quite many drawings of weapons, shields, guns, warriors, etc... 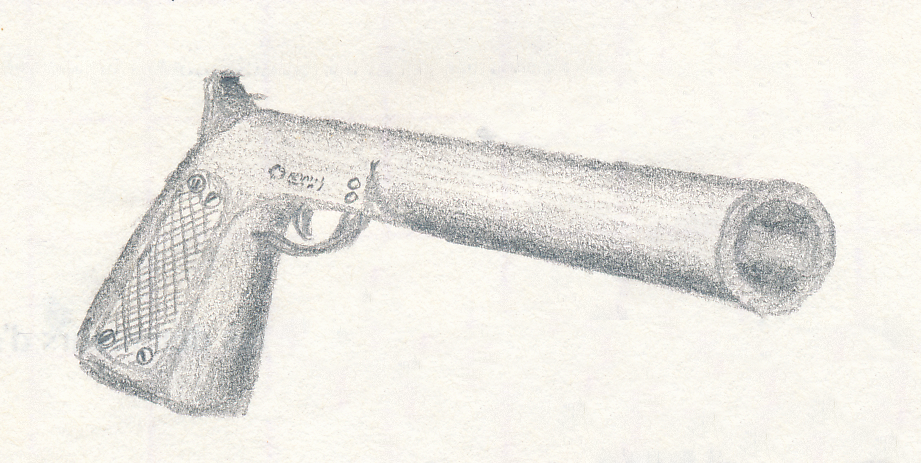 Apparently I did like weird equipment, heavy machinery and other strange contraptions. 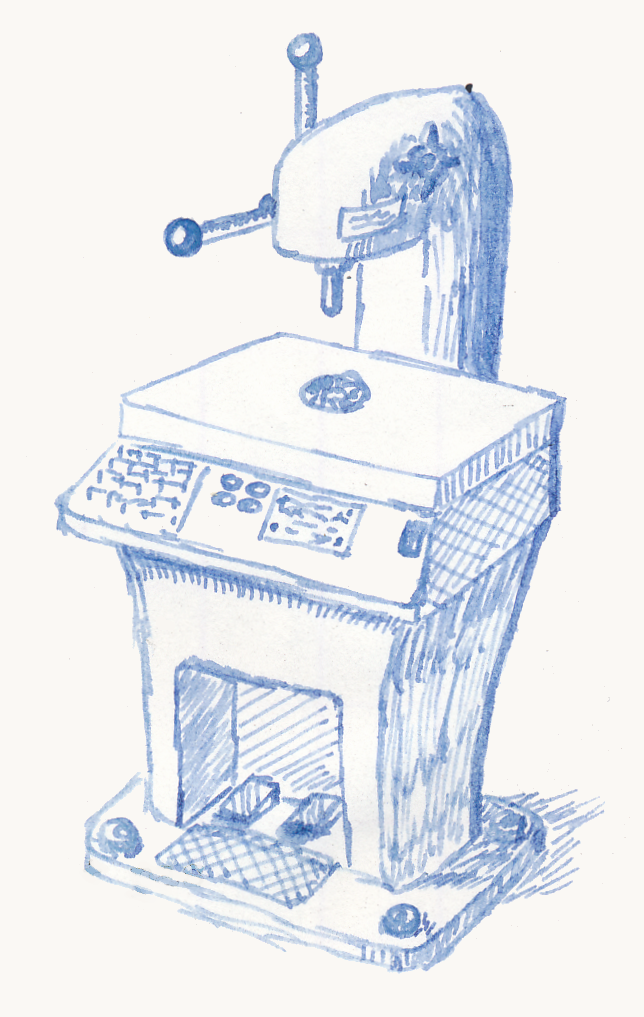 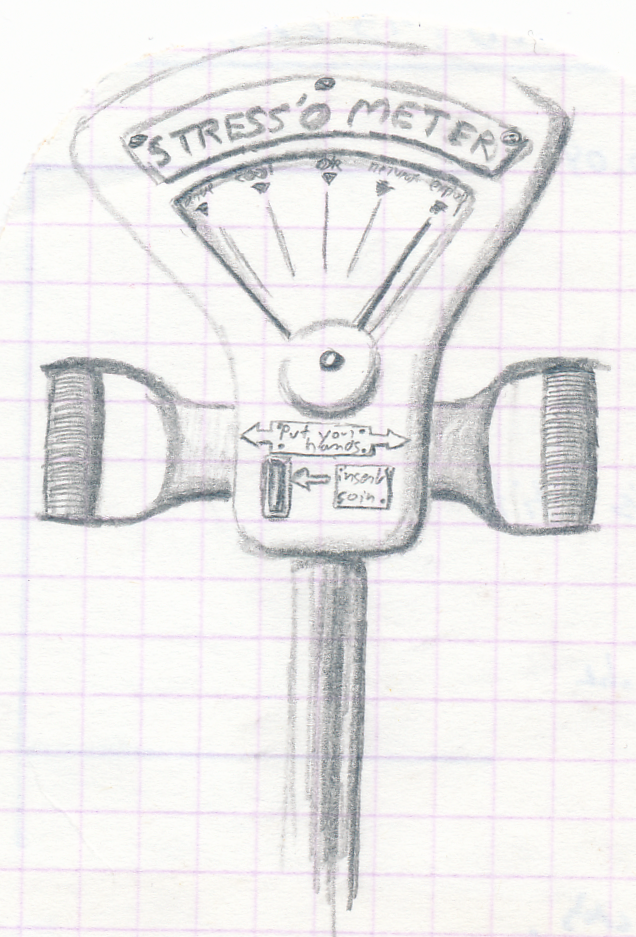 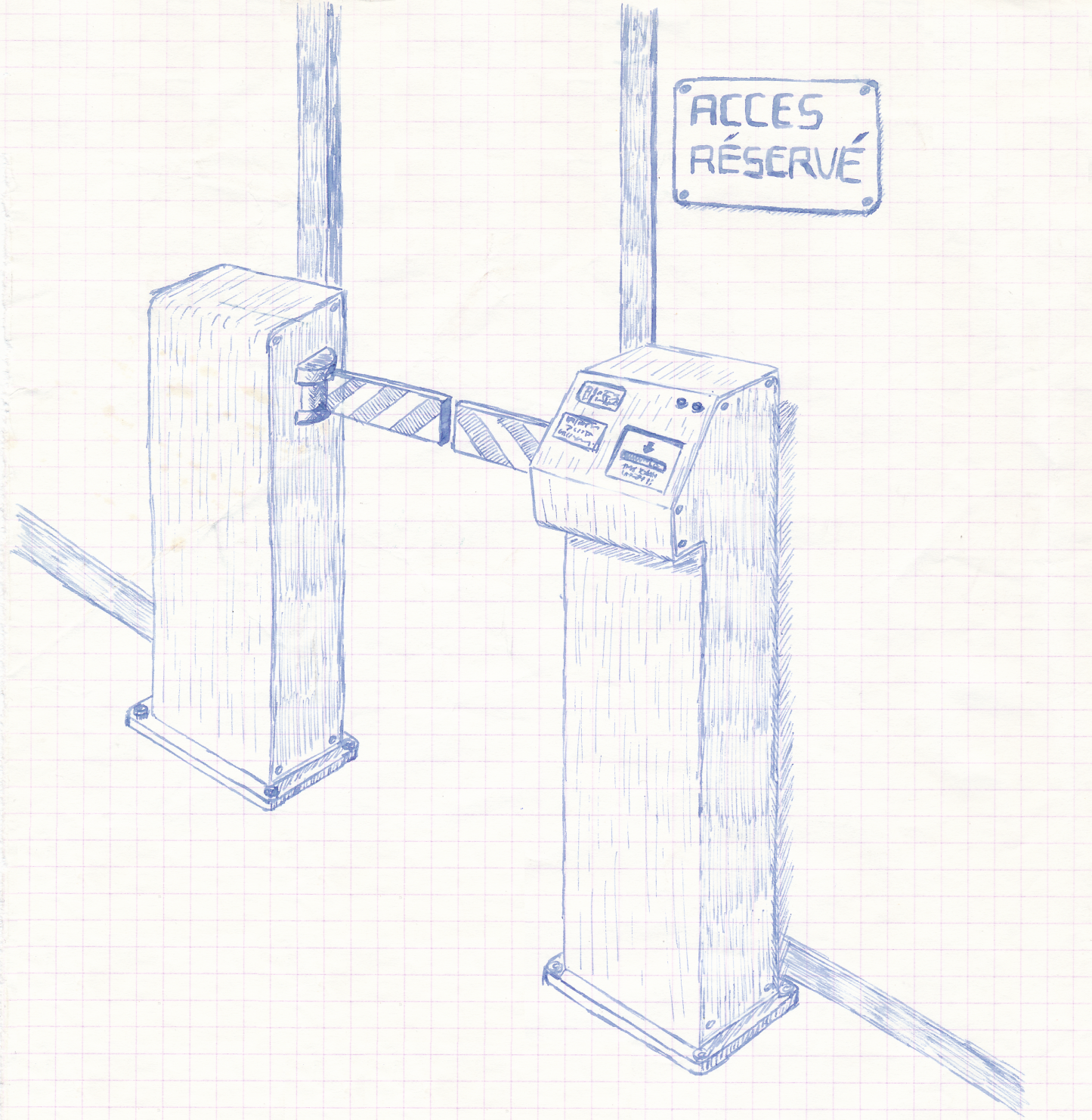 Restricted Access
Yeah, I know, the perspective for that one is wonky, the bottom part of the wall of the left is not following the same projection line as the rest. 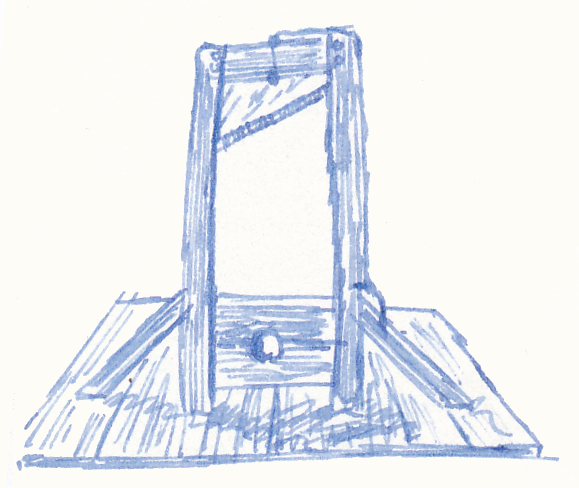 Most of my stuff was kind of drawn without actual models, but some did depict actual places, like the view through a window or places I was sitting in. 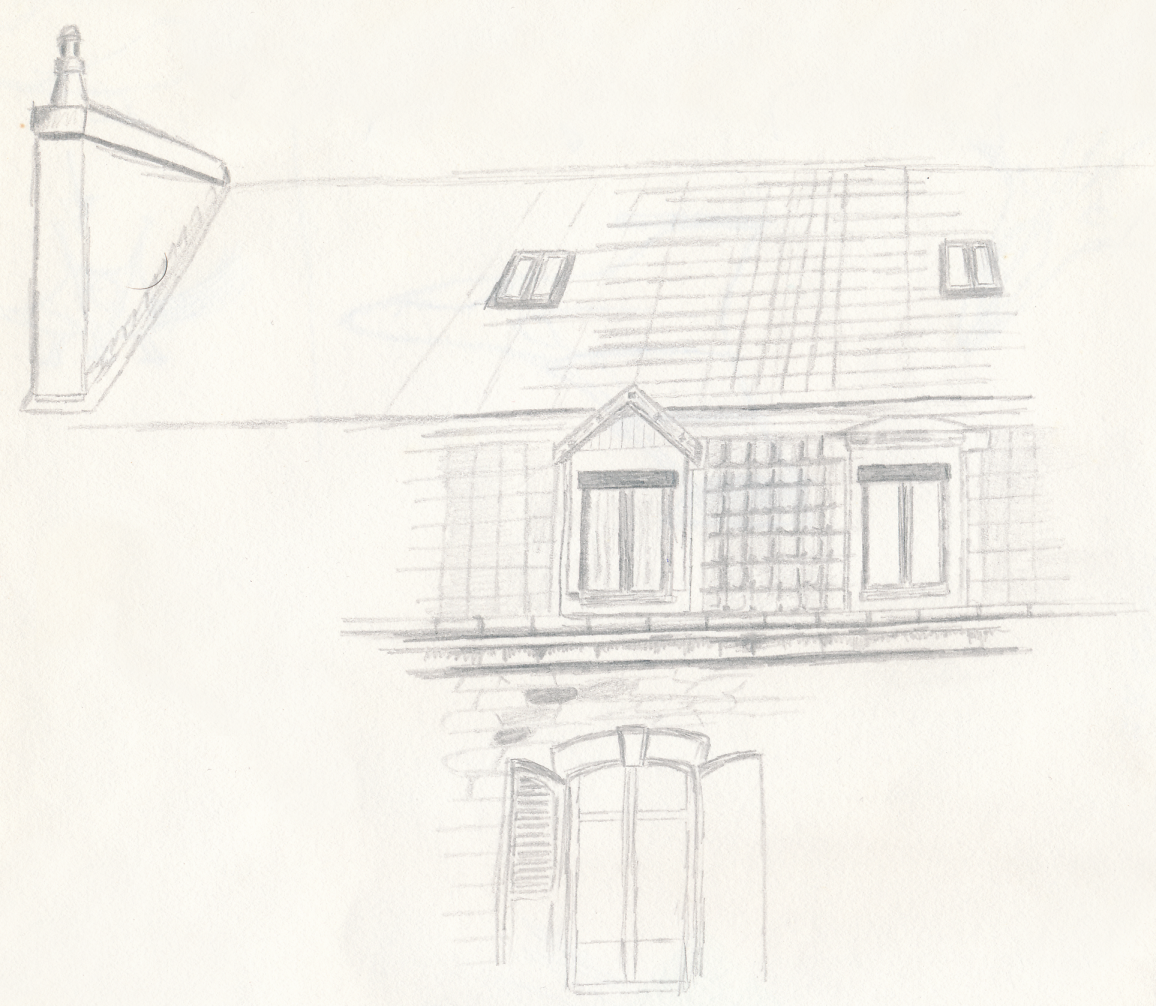 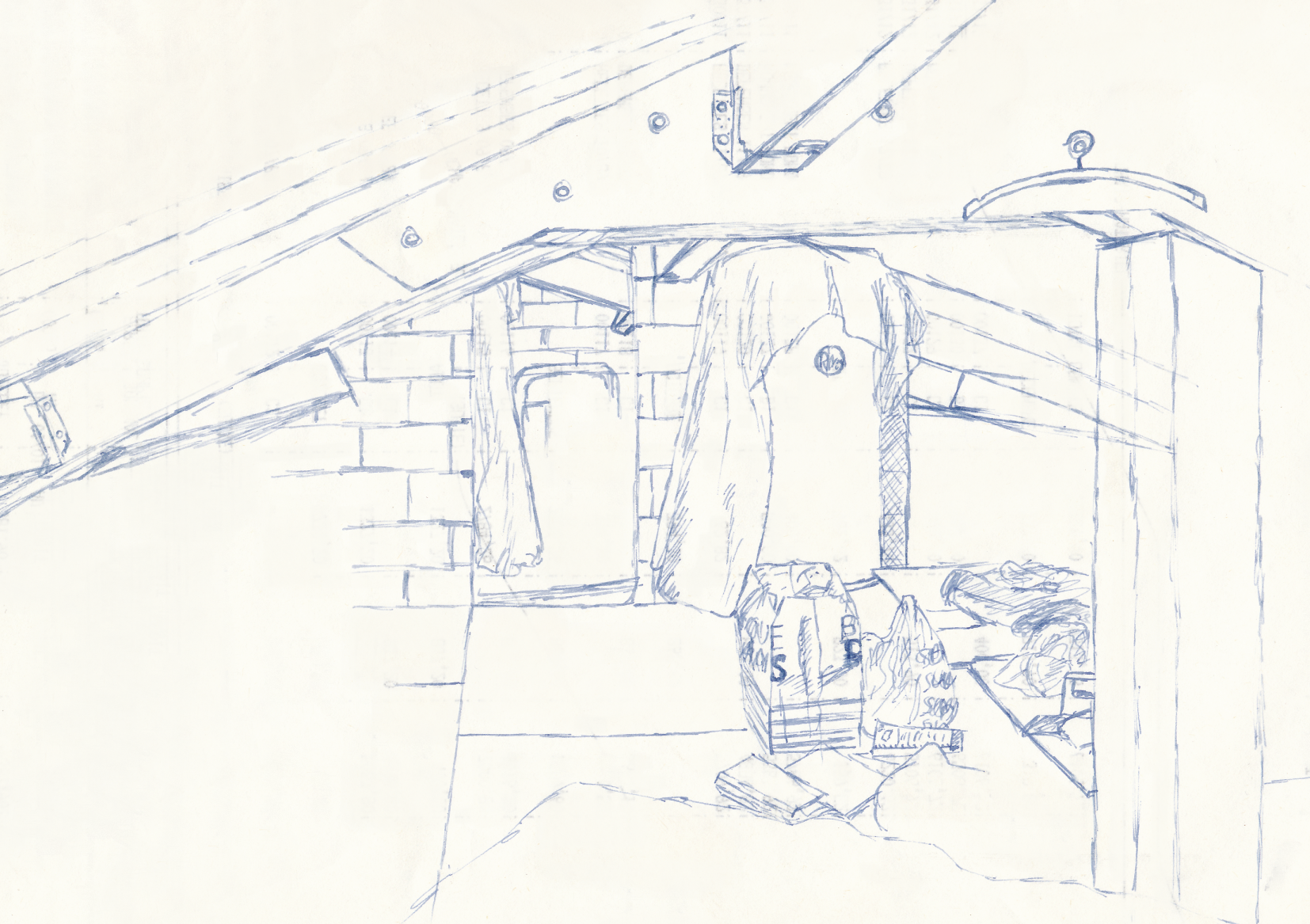 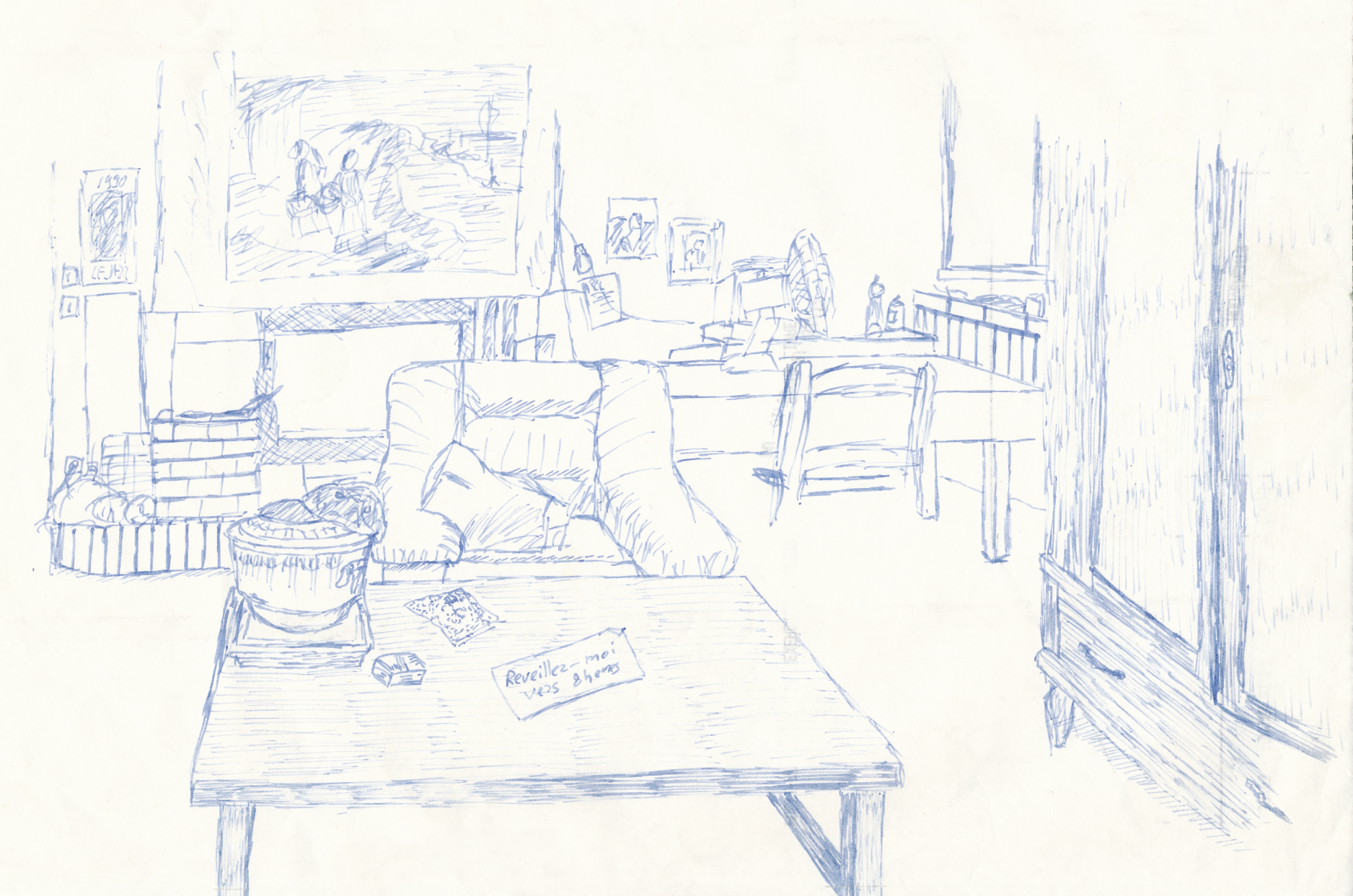 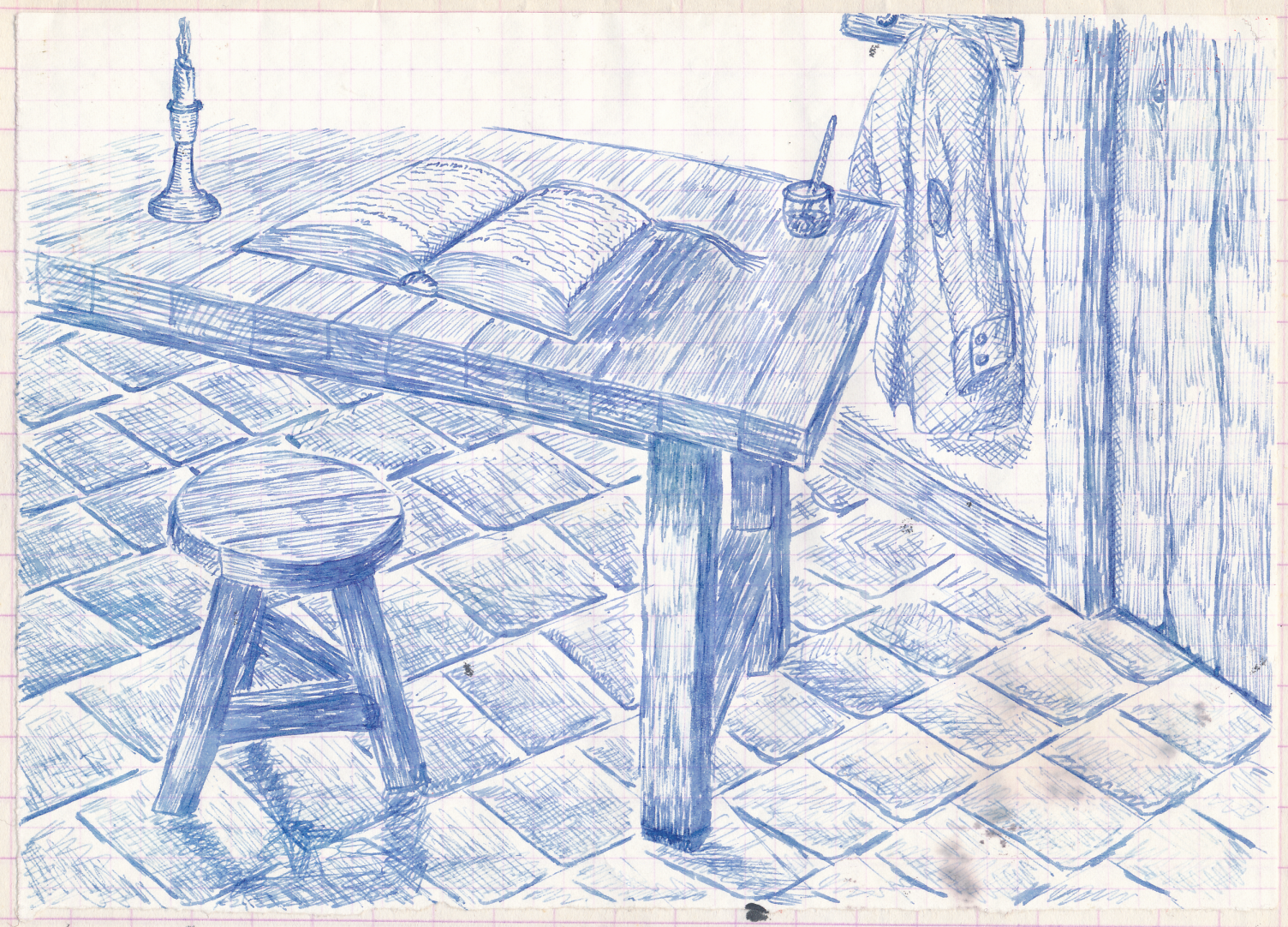 Wood Table
That one is probably not based on the real world, but it fits the category, so bear with me :) 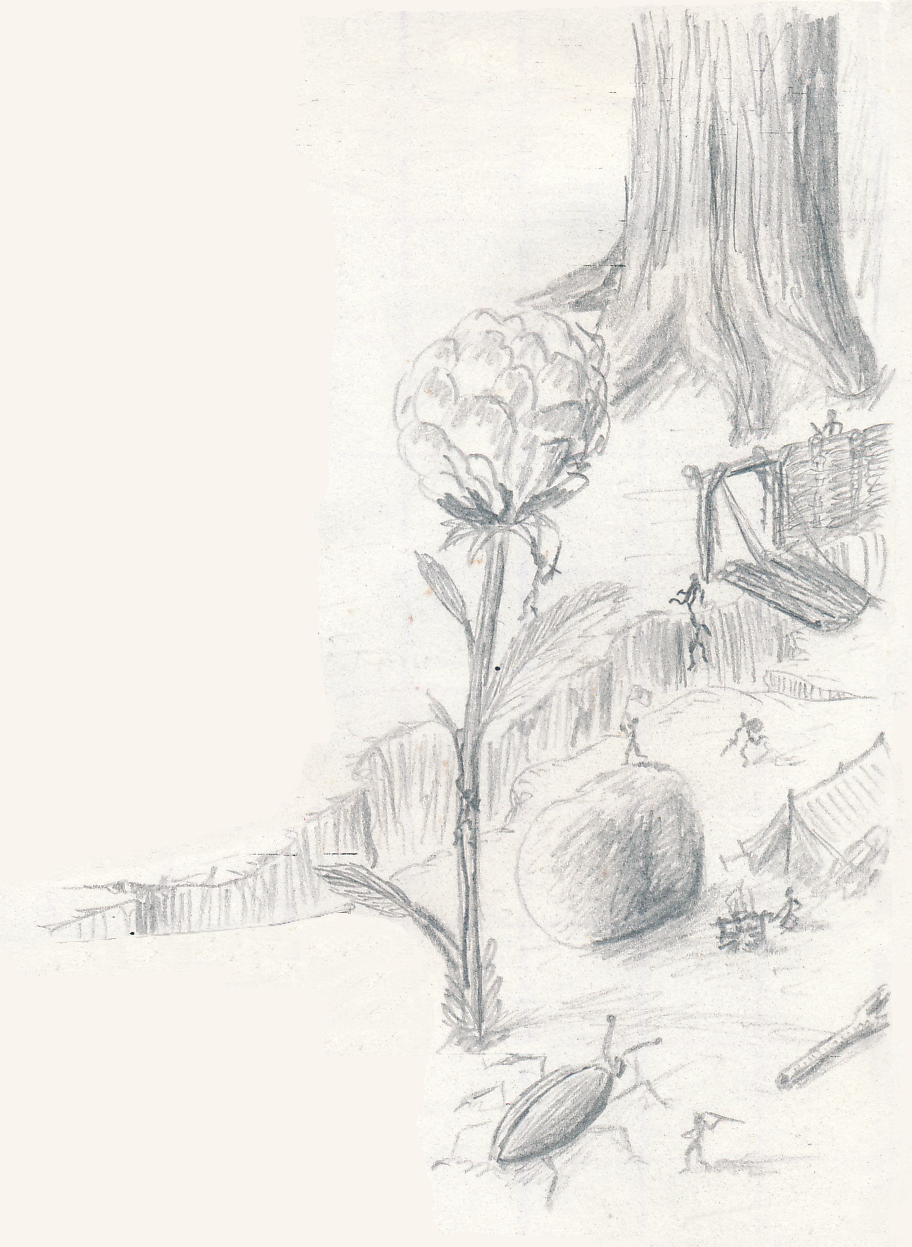 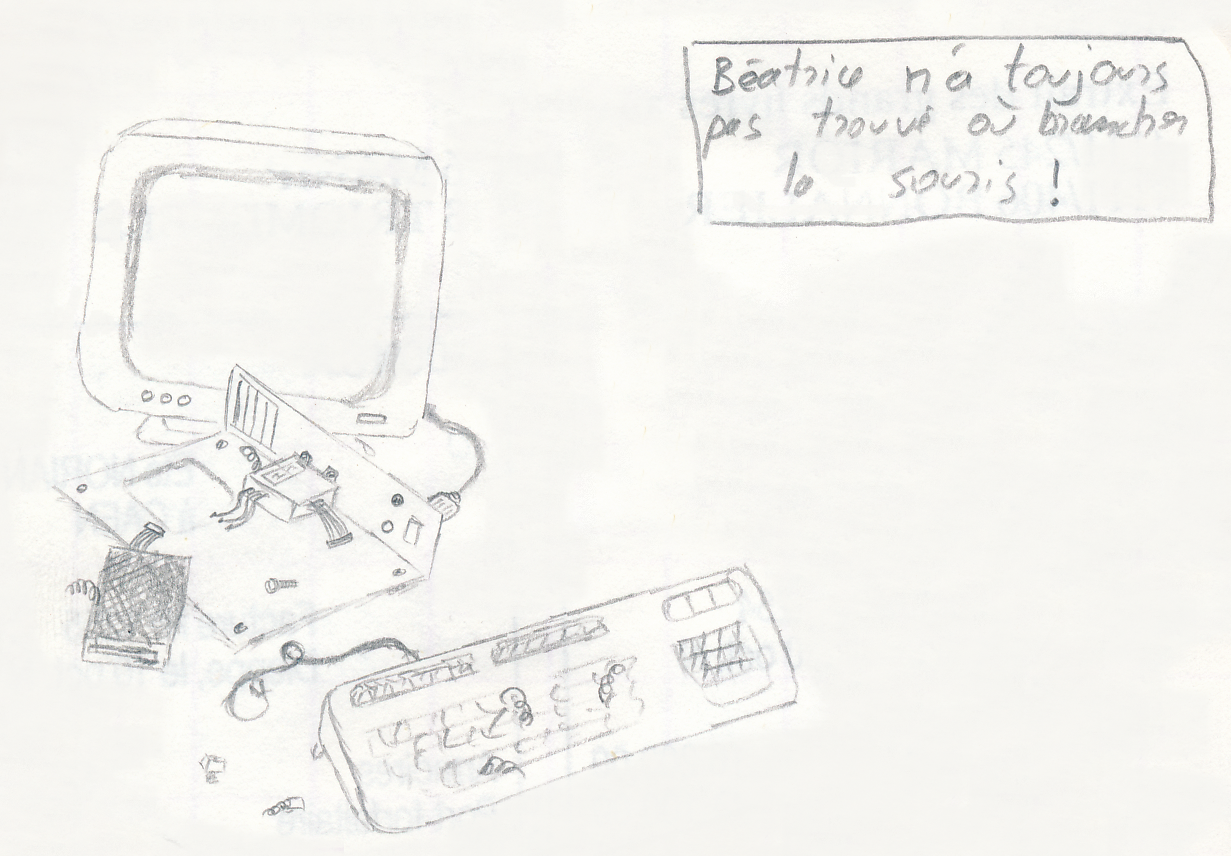 Broken computer
The box says "Beatrix still has not found where the mouse is supposed to be plugged". 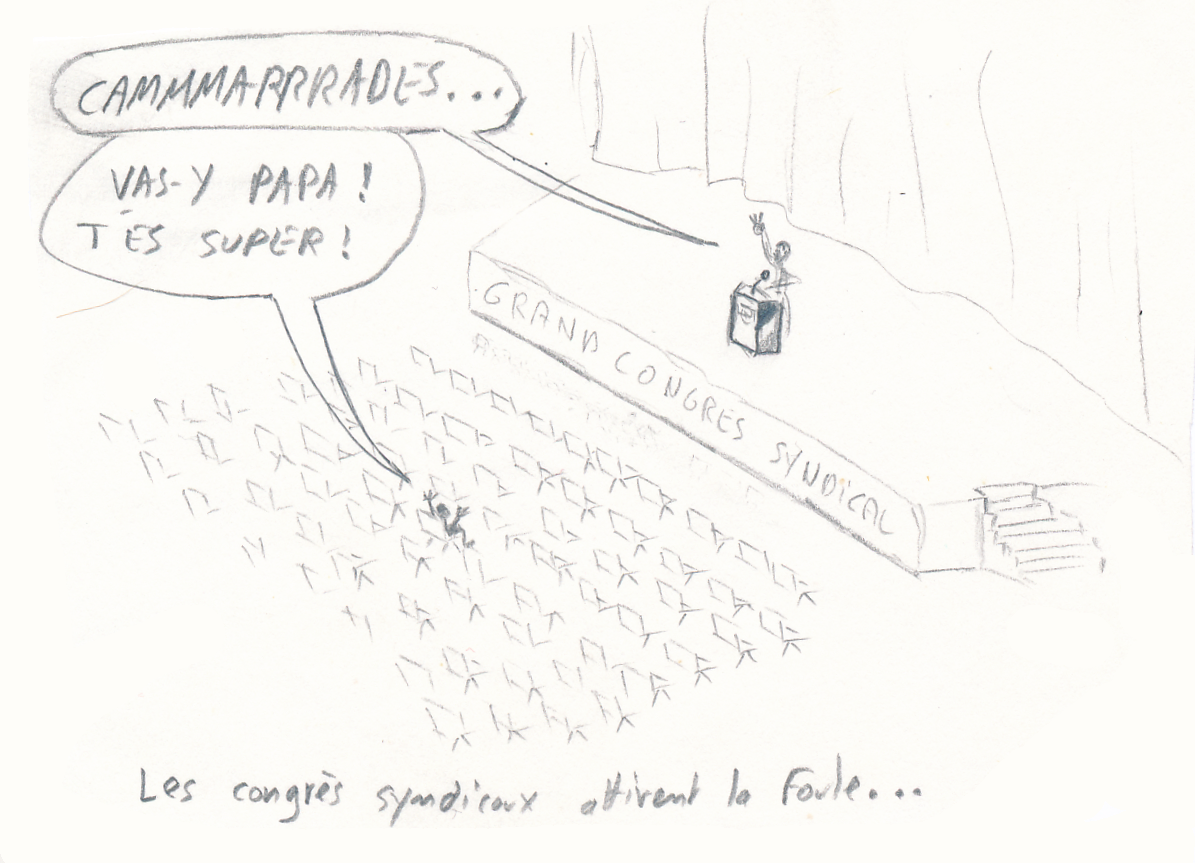 Union Meeting
The caption says "The Union meetings attracts crowds", with the speaking saying "Comrades..." and the single person sitting saying "Yeah, go for it dad! You nailed it!" 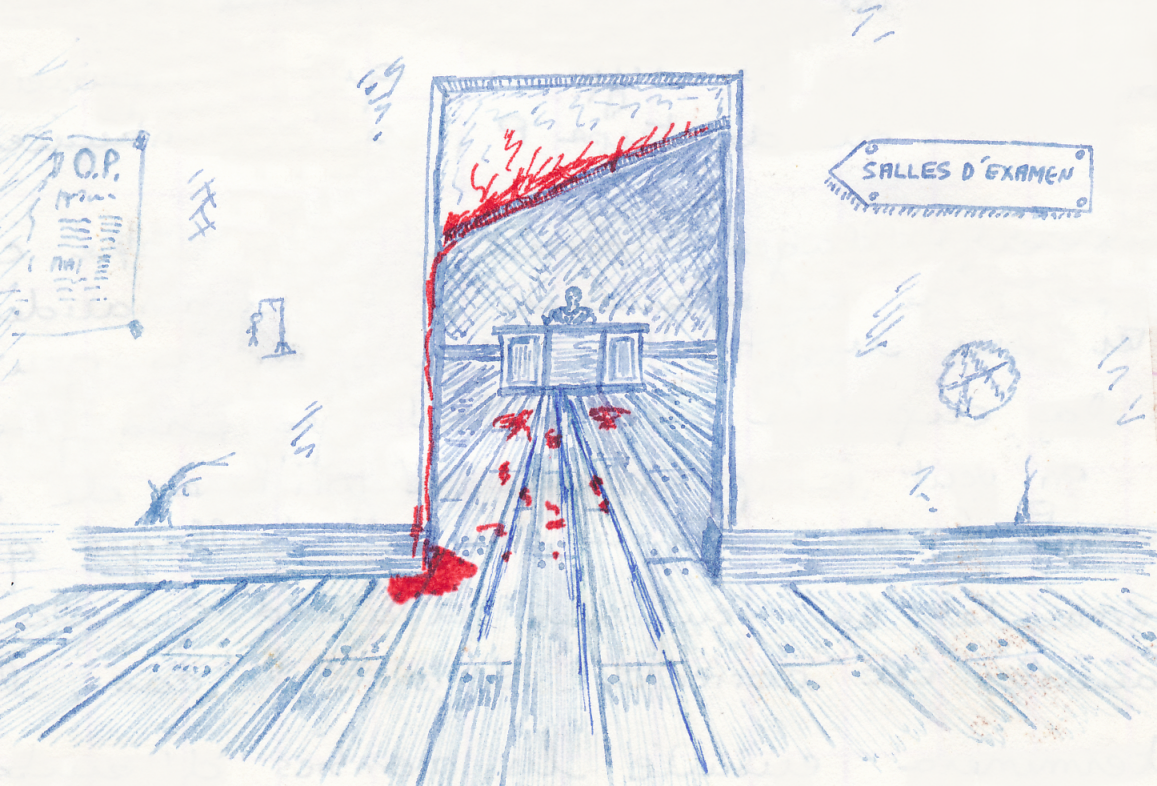 Things that don't believe to any particular categories, or maybe to too many categories. 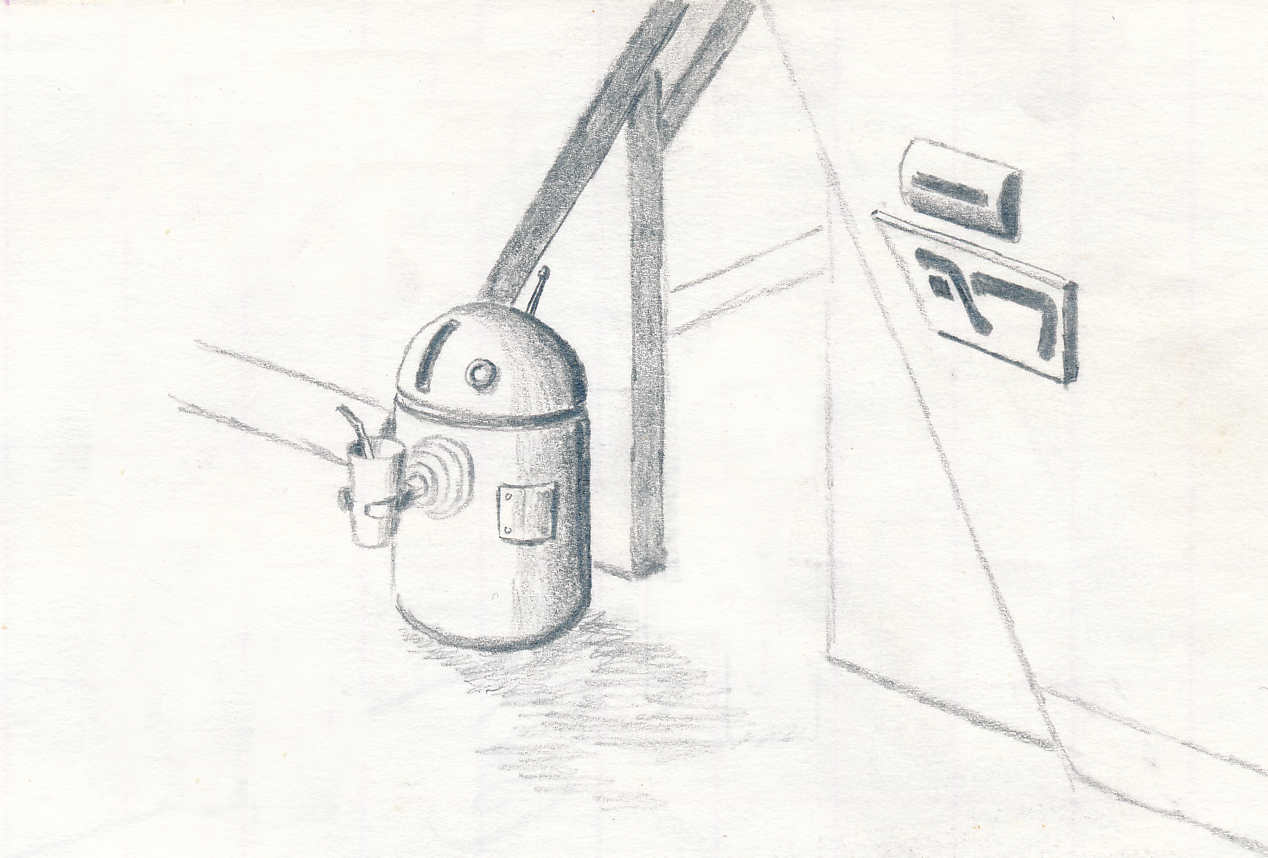 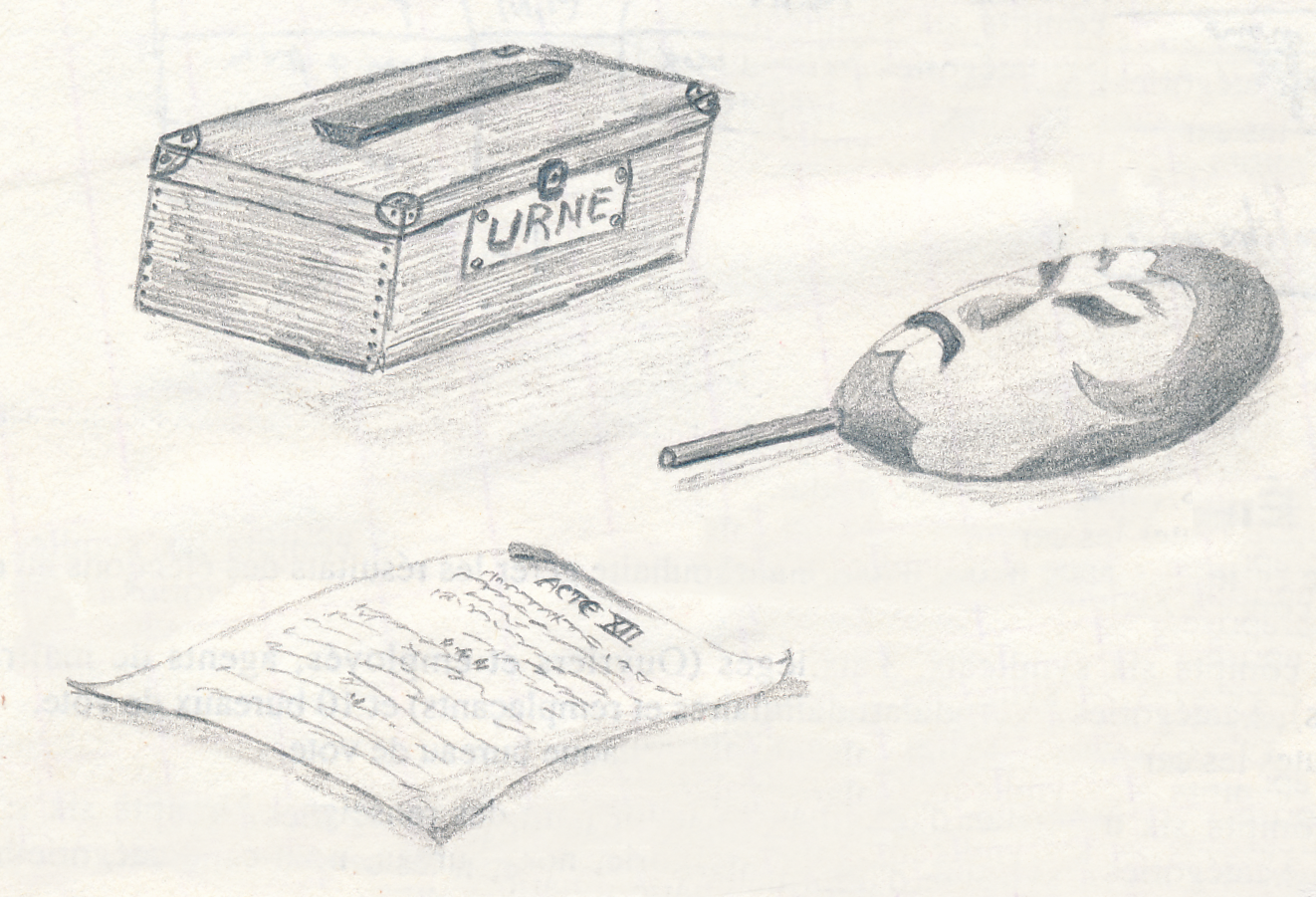 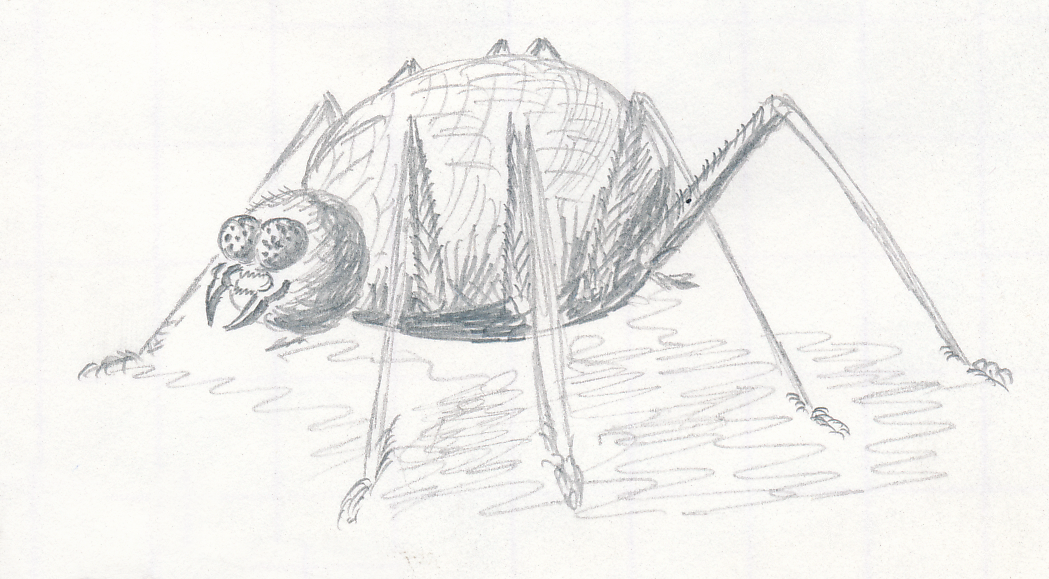 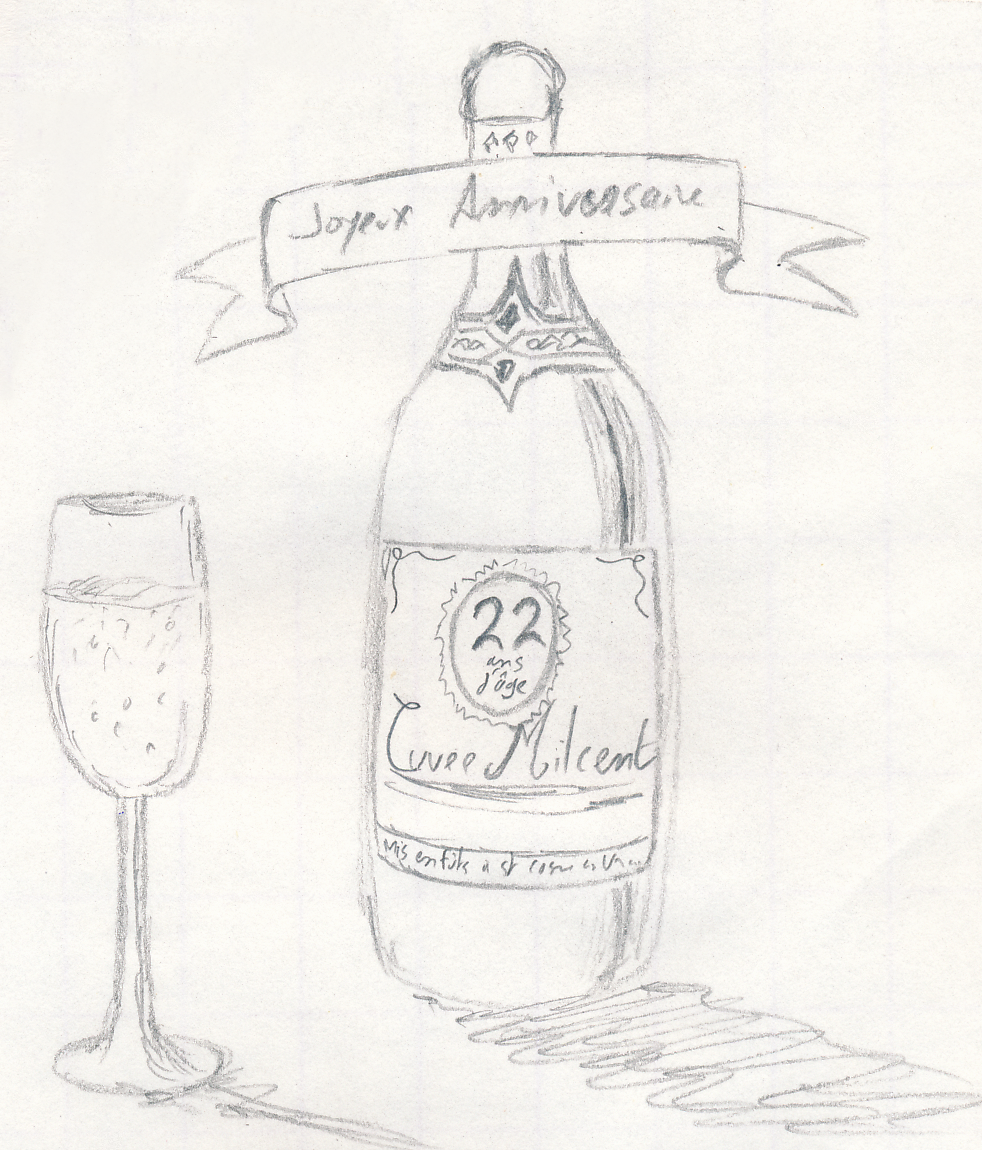 I obviously did not put everything, there was a bazillion of small other things, like the face of my teach with vampire fangs, some dead people, terminator style robots, half finished characters, etc... plus obviously all the graphics I've done for the various games and demos I worked on.

But at least now this is kind of "immortalized", and will be easily accessible for my familly to "enjoy"!