Global Game Jam 2015
Mon 26th January 2015
The Oslo Jam siteWhy Oric?Time wastingMy gameThe goodThe badWhat Do I Do Now?
Last weekend, January 23 - 25 2015, more than 25000 persons and 78 countries spread over 518 locations created games simultaneously. I was one of them. In total, more than 5000 games were released, all having in common to be based on the following theme: What Do We Do Now? 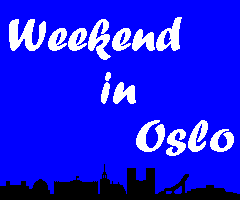 Weekend In Oslo - title screen
I participated with an 8 bit adventure/strategy game called Weekend In Oslo running on my 1984 Oric Atmos microcomputer. I did reuse some of the code and tools I originally made for my previous Oric demos but at least 80% of all the code was written from scratch during the 48hours time period we were given. While it is still fresh in my memory, I will write down some of the thought and things I gathered from this event.

The event was hosted by the Westerdals Oslo School of Art, Communication & Technology, which happen to be located at few hundred meters from the Oslo Train Station, making it very easy to go to the place. In total 44 jammers were registered, and a grand total of 12 games were made during the event. Most games were written using the Unity engine, one used Game Maker, one entry was written in Java, and mine was made of hand written C and 6502 assembler using the OSDK :) You can see the list of games on the Oslo Global Game Jam page. The ambiance was nice, it was not too noisy or crowded. We got pizzas and soft drinks, as well as coffee and waffles. If there's something I have to complain about, it's the tables and chairs: I'm used to work on tall desks, so as a result I felt totally knacked after two days spent like the Hunchback of Notre Dame. 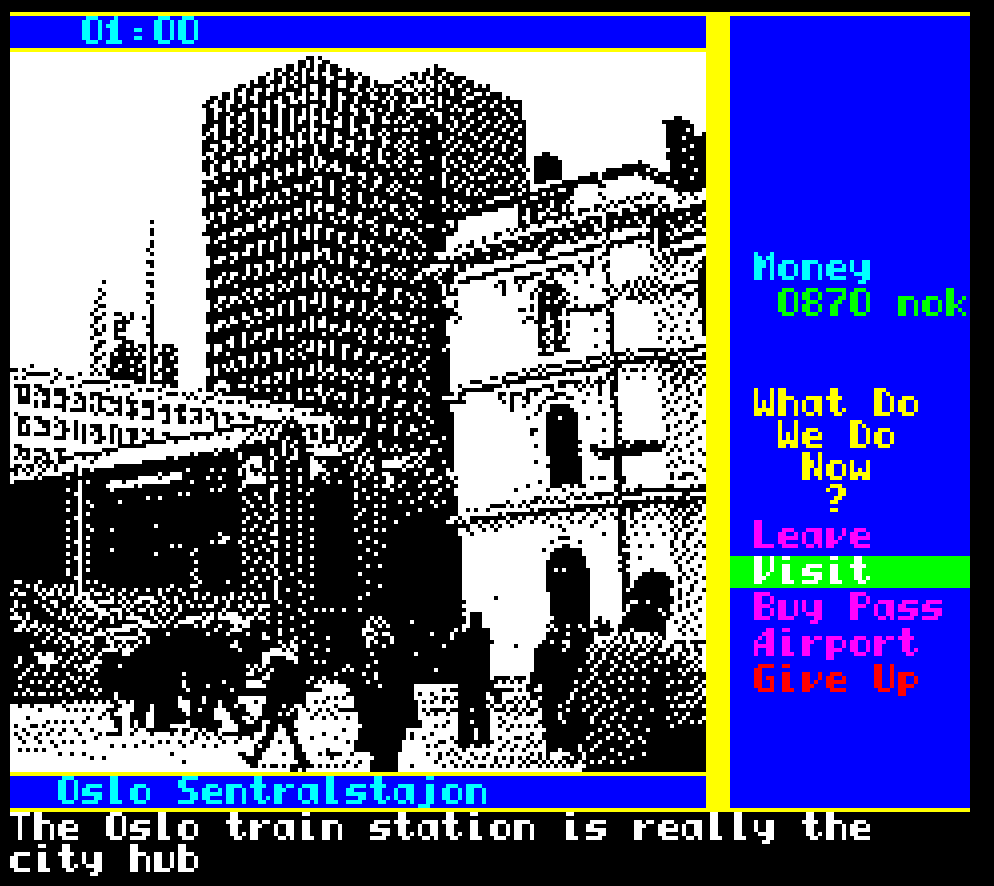 Weekend In Oslo - Oslo S
I was not the only Funcom participant, there was five other Funcomies1 who decided to try to make a game in two days using our own MMO technology2. Since there was no real need for me on the team (there would be no time to change the code base, it would just be using scripts), I decided to do my own game on my side - on the Oric. The funny thing, is that my Oric was older than about most of the participants, they never heard of it, and found it cool - in the way an old analog camera is cool. I guess at the beginning they were a bit puzzled about the idea of making a game on that, but if you think about it, most of their games were 2D stuff with bleep bop sounds, which I could definitely have done on the Oric anyway! Basically the Oric is the machine I know the best, I wrote most of the tools for it, I know pretty much exactly what can be achieved on the machine: There's no surprise, which means I don't waste time, and time management is critical in such an event.

I was fortunate that a friend of mine already participated to one of the earlier editions of the Game Jam and was willing to share his wisdom about it. It may seem totally obvious, but when you go to a Game Jam you should eliminate as many unknown parameters as possible, which means you should follow this set of rules: There are probably a lot of important stuff to know, but that should give you the main idea: Make sure you can get as productive as possible as early as possible.

My game is not extraordinary by any means, but I tried my best at being as close from the topic as possible, which is why my game is all about tourists visiting Oslo and wondering what to do next. Most of the assets were done by resizing and converting to black and white pictures I selected on Google Image. I had to do that because I did the game in solo: I had to do all the code, design and art. If somebody ask you if it is possible to have a recognizable map of Oslo using only 2 colors and 174x180 pixels, just say YES: 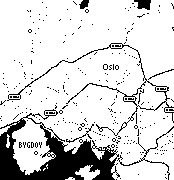 Low definition Oslo
The game is kind of basic, and involves traveling to different locations in Oslo, visit them while keeping the budget under control, and making sure you go back to your starting point before 48hours have elapsed. I did manage to add to the challenge trying to get as many diversifiers3 as possible: The first one is kind of obvious: It ran on an Oric (for real) with a joystick. For the second one, well, it's mostly a text adventure game where all the possible options are written, which means that if a screen-reader had existed for the Oric it would have worked. For the third one: In the game you can visit both the Munch Museum and the Oslo National Gallery, which are two of the places where you can see the famous "The Scream" painting. The last one should be evident as well: It's a game about a 48 hours deadline happening in Oslo written by a guy in Oslo with a 48 hours deadline. Can't be possibly more meta than that :D4 You can get the game source code on my SVN repository. You can also download the game preconfigured with a working Windows5 emulator.

Here is a bullet point list of what I think did work well:

Let's do the same thing with what did not work that well:

What Do I Do Now?

Well, I'm definitely going to try to expand the game6 to the max, adding all the ideas I had and all the missing assets. After that, I believe I will try to do something totally retarded: I will try to see if I can get it on Steam or Gog and have people pay $1 to play an emulated Oric game. Let the fun begin :) 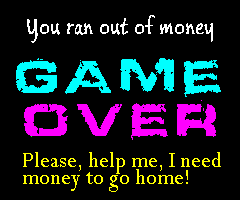 Ran out of money?