Learning norwegian if you are an IT worker, you have to be motivated !
Thu 26th February 2009
After about two years without Norwegian lessons, I finally decided to take some new ones. Waiting for the company to decide when we will have the next batch of lessons was a bad idea, as one said, better do things yourself if you want them done. 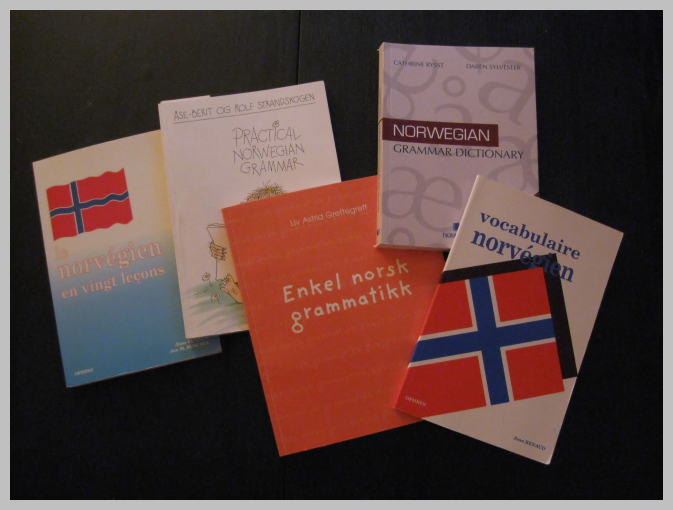 Norwegian grammar
So well, I enrolled at the 'folks universitet' for some lessons, got an online test, decided that I was "level 4", which is great because the lessons I got before were "level 2".

I guess the time spent reading (norwegian) kids book on my own kind of paid back :)

Now if only I could understand speaking people as well as I can read texts, that would be great.
I started the new lessons Tuesday, got one today. From 17 to 20:30, twice a week, during six weeks, after work.

That's long days, and I have to compensate for the fact I leave earlier.

The worse is that as an IT worker I really don't need to know Norwegian :)

I must be masochist... or perhaps I just like this language, I think it's cool :)