Here comes the leet-mobile! (part 4)
Tue 18th June 2013
Here comes the leet-mobile!
Trouble in paradiseI like the whooshing sound deadlines make as they fly by2Details, detailsCarburettor hell
After our first drive on the parking we were quite excited, but still there were some issues to deal with: the exhaust had to be fixed and we had to find out why the engine would die on idle.

Even more important, we had two months to fix all the issues before having to pass the EU Technical Control.

After the car came back from an exhaust replacement line1 we started installing some parts we had ordered online, and fixed a lot of small things.

Some sound insulation work on the engine compartment helped reducing the noise and vibrations inside the cabin quite significantly. 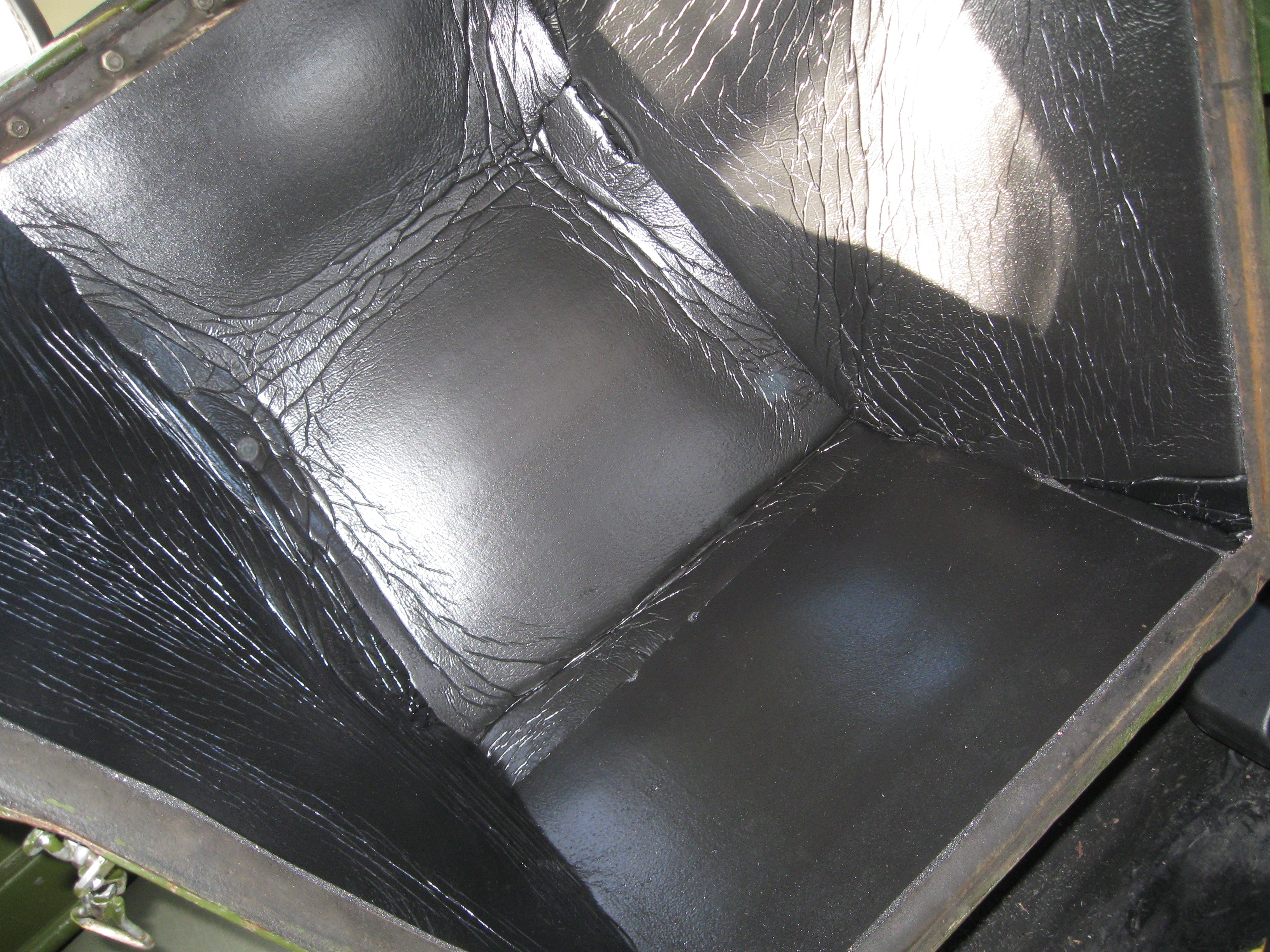 Engine compartment box
One of the things I fixed was the brake lights pressure switch, but unfortunately I did not tighten it enough so air came in system - seriously impacting our ability to stop the two tons monster.

We bought an air flushing kit, but we were not able to use it due to our inability to access the bleeding valves, so in the end we decided to send the car to a specialized shop.


I like the whooshing sound deadlines make as they fly by2

I'm not quite sure who I should blame, but what's sure is that what should have taken two days actually took two weeks.

They found out that the master cylinder was leaking, so they had to fix it. Fair enough.

Then they thought there was something wrong with the lights. That was not good: Our lights were perfectly fine, the only problem was that 1960's cars were using yellow lights instead of red for the brakes, so they basically made the car fit to the newer standard and this was not mandatory. But ok, let's say that will solve the problem next time we pass the control. 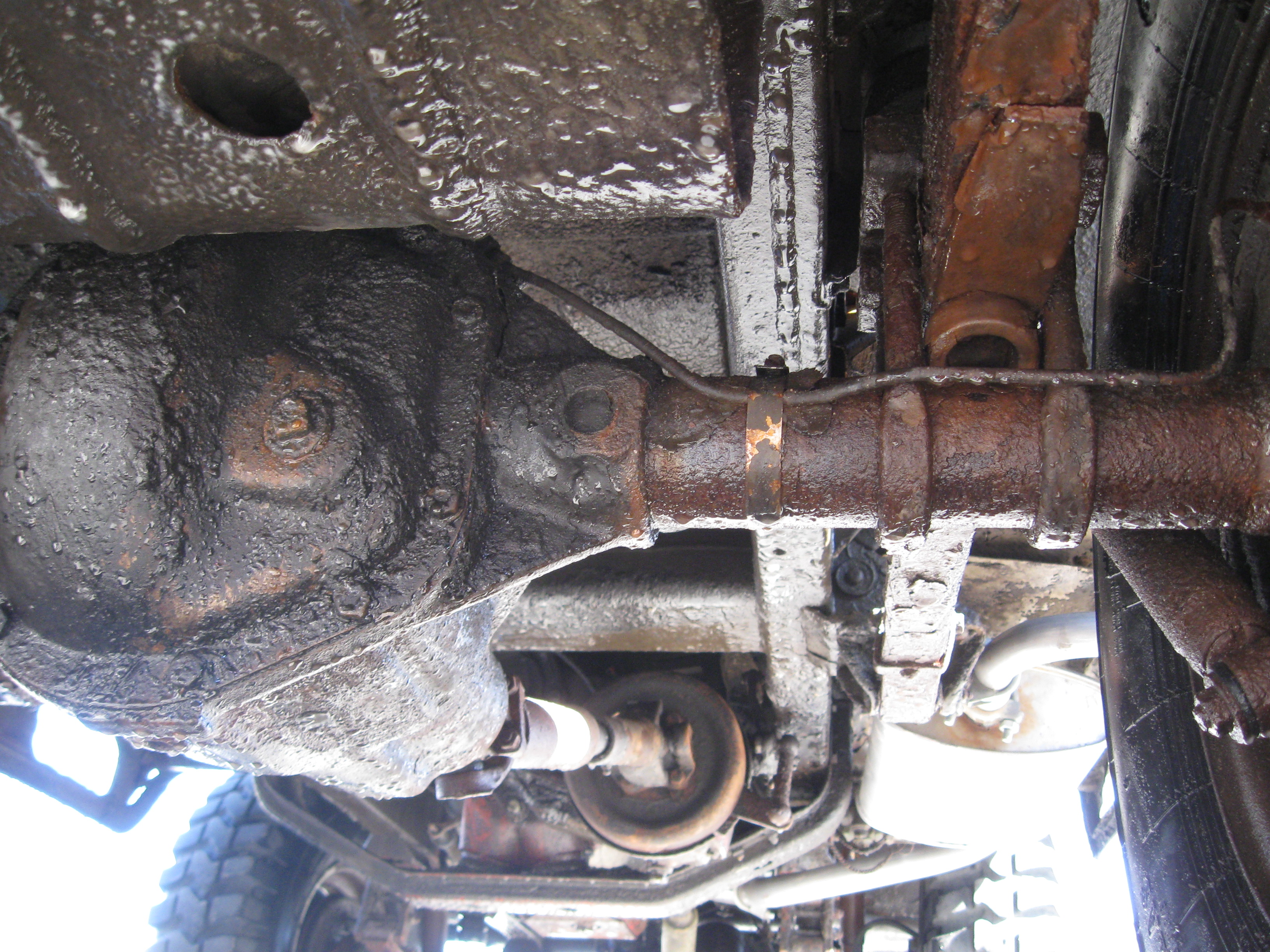 Brake lines
The car got rejected at the control due to the corrosion on the brake lines, so they had to rebuild them, and then pass the car to the control a second time.

That the brake lines were rusty and had to be changed is ok with me. That they did not do that *before* going to the control despite having been asked to fix brake problems in first place... facepalm.

Anyway, two weeks later, and lighter by kr 13000 we finally got the car back and approved.

At least now we knew that the car was good to go, so we could afford to do actual comfort changes.

The first thing we did is to replace all the handles by brand new shiny ones. Took a bit of hammering, WD40ing, sawing and cursing, but after few hours we were able to lock our doors :) 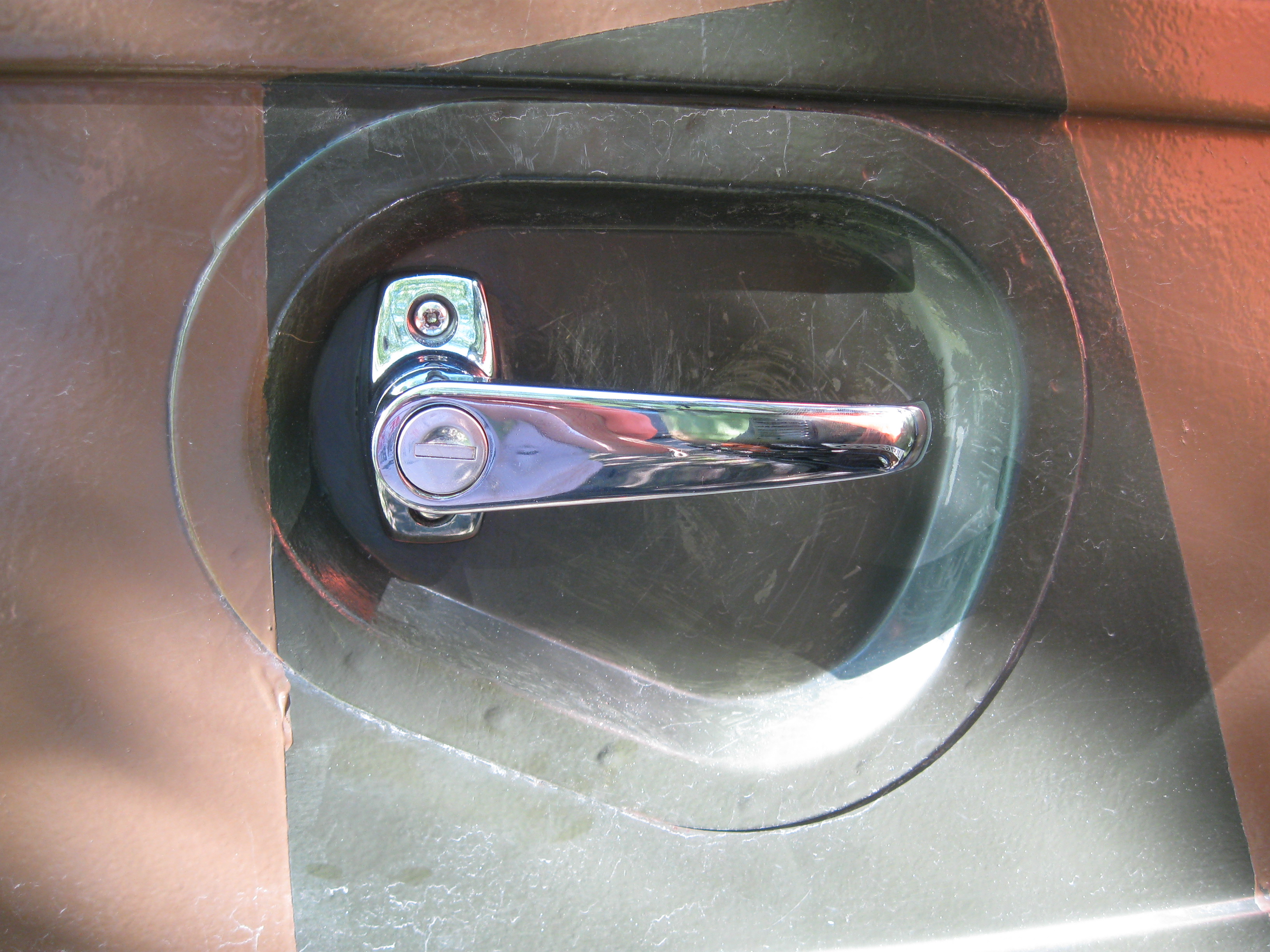 Shinny handles
Additionally we replaced the original seat belts by some modern one, fixed the side mirror, added a holder for the GPS, etc...

But still the engine was not behaving the way it should.

One of the things the garage was supposed to fix was the idle problem, and they miserably failed at that as well.

The result is that we had to run with the choke for way longer than we should, and we would have to keep revving up each we slowed down at an intersection to avoid the engine to die... the effect on the gas consumption was quite dramatic: About 30 liters of petrol for 100 kilometers driven3.

I decided to try to use a chemical solution, and applied some additives and cleaning products to the gas and oil tanks. This had an impact, and the consumption changed to about 20 liters for 100 kilometers driven.

Quite far of the supposedly 10 liters the Volvo L3314N was supposed to do!

And still, the car kept dying and we kept having to rev. 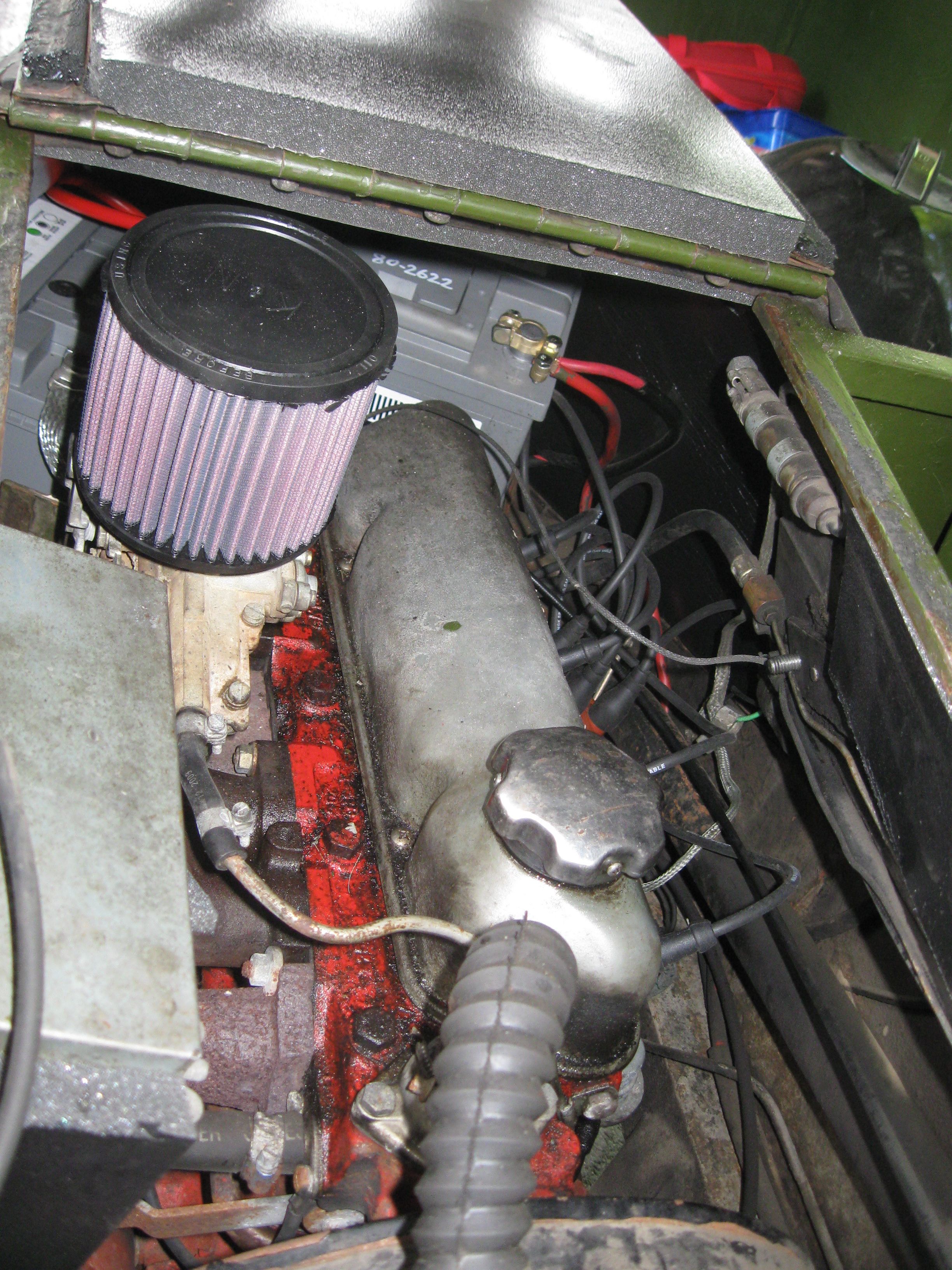 The new air filter
I downloaded the Volvo service manual, with the detailed description of the Zenith carburettor, ordered a replacement K&N High-Flow Air Filter to give more breathing space to the engine, and bought a carburettor cleaning product.

I started cleaning the carburettor while trying to identify the various parts on the Volvo documentation when I noticed that there was a missing screw. Instead of the fast idle screw there was just a hole.

We started the engine with my finger pressed where the screw should have been, and miracle: The engine continued running in idle. When I removed my finger it immediately died.

So there you go: I screwed the engine, and now it's happy again:


I do not know yet if this will have any impact on the fuel consumption, but we will keep trying.
Here comes the leet-mobile!